The Centers for Disease Control and Prevention (CDC) today released new data showing a total of 1,247,131 reports of adverse events following COVID-19 vaccines were submitted between Dec. 14, 2020, and April 22, 2022, to the Vaccine Adverse Event Reporting System (VAERS). VAERS is the primary government-funded system for reporting adverse vaccine reactions in the U.S.

The data included a total of 27,532 reports of deaths — an increase of 183 over the previous week — and 224,766 serious injuries, including deaths, during the same time period — up 1,930 compared with the previous week.

Foreign reports are reports foreign subsidiaries send to U.S. vaccine manufacturers. Under U.S. Food and Drug Administration (FDA) regulations, if a manufacturer is notified of a foreign case report that describes an event that is both serious and does not appear on the product’s labeling, the manufacturer is required to submit the report to VAERS. 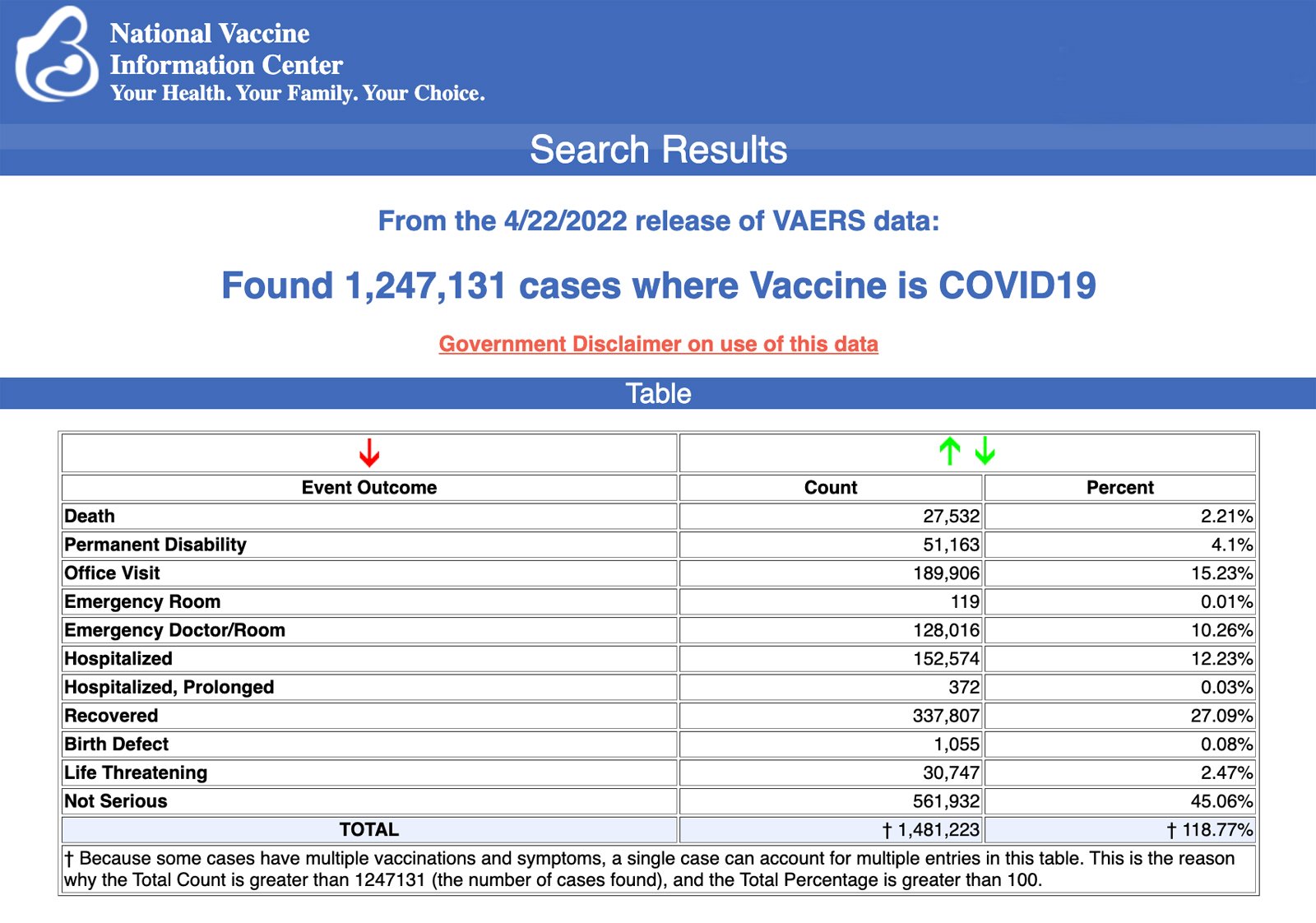 Every Friday, VAERS publishes vaccine injury reports received as of a specified date. Reports submitted to VAERS require further investigation before a causal relationship can be confirmed.

Historically, VAERS has been shown to report only 1% of actual vaccine adverse events.

FDA to meet in June on COVID-19 vaccines for babies, toddlers

The FDA will meet in June — either June 8, 21 or 22 — to discuss COVID-19 vaccines for children under age 6. The agency’s vaccine advisory committee during its June meeting will also discuss Novavax’s request for Emergency Use Authorization (EUA) of its COVID-19 vaccine for adults.

Moderna on Thursday asked the FDA to authorize its COVID-19 vaccine for emergency use for children ages 6 months to 6 years.

The company conducted separate trials for two versions of the vaccine, one for infants and toddlers 6 months to 2 years, and one for children 2 to 6 years old.

The company claimed data showed “a robust neutralizing antibody response” and “a favorable safety profile.” But experts say Moderna is not providing the data needed to calculate the risk-benefit of its COVID vaccine.

Moderna’s KidCOVE study cited in Thursday’s press release shows the Moderna shot failed to meet the FDA’s minimum efficacy requirements for EUA in the 2- to under-6 age group, and barely surpassed the agency’s 50% efficacy requirement in the 6-month to 2-year age group after the vaccine maker changed its analysis of the study to meet the threshold.

In the younger age group, Moderna said the effectiveness of its vaccine was 51%. In the older age group, vaccine efficacy was only 37% — substantially lower than the FDA’s requirement. These are different efficacy numbers than those the company reported last month.

Pfizer is expected to file its application in May for a three-shot vaccination using smaller individual doses for children under 5.

Moderna’s announcement followed just days after the House Select Subcommittee on Coronavirus Crisis asked the FDA for a status update on COVID-19 vaccines for children under 5 over concerns “millions of young children still remain unprotected because no vaccine has yet been authorized” for this age group.

A top FDA official ​​on Tuesday told The New York Times the agency has not cleared a COVID-19 vaccine for the youngest age group because Pfizer and Moderna have not finished their applications for authorization.

The agency said last week it is considering holding off on reviewing Moderna’s request to authorize its COVID-19 vaccine for children under 5 until it has data from Pfizer and BioNTech on their vaccine for children, pushing the earliest possible authorization of a vaccine from May to June.

The FDA said it would be simpler and less confusing to simultaneously authorize and promote two vaccines to the public, rather than green-lighting one on a faster timetable and the other down the road.

Agency officials were worried about authorizing Moderna’s vaccine only to find out just a few weeks later that Pfizer’s offered better protection.

Pfizer and BioNTech on Tuesday announced they applied for EUA of a COVID-19 booster dose for children ages 5 to 11. In a press release, Pfizer cited data from its Phase 2/3 trial that claimed a third dose produced a “strong immune response” in the younger age group when administered six months after the second dose.

The data was based on a small study involving only 140 children 5 through 11 years old who received a booster dose six months after the second dose of Pfizer-BioNTech’s COVID vaccine as part of the primary series.

Pfizer said 30 children who participated in the study revealed a 36-fold increase in virus-fighting antibodies — levels high enough to fight the Omicron variant, which is currently not the dominant variant in the U.S.

Experts told The Defender the “clinical trial used to support the notion of a COVID-19 booster for 5- to 11-year-olds is entirely inadequate to make any such recommendation.”

Denmark on Tuesday became the first country to suspend its national COVID-19 vaccine campaign after health officials said the pandemic is under control there.

Bolette Soborg, director of the Danish Health Authority’s department of infectious diseases, said Denmark is “winding down” the mass vaccination program, and invitations for vaccinations would no longer be issued after May 15.

Public health authorities cited several factors contributing to the decision to end the national vaccination campaign. These include a decline in the number of newly reported infections, stabilized hospitalization rates and an overall high level of vaccination.

Denmark plans to reopen the vaccination program in the fall, which will be preceded by a thorough professional assessment of who and when to vaccinate, and with which vaccines.

The decision comes just a few months after Denmark eliminated all COVID-19-related restrictions, becoming the first European Union member state to do so.

Children’s Health Defense asks anyone who has experienced an adverse reaction, to any vaccine, to file a report following these three steps. 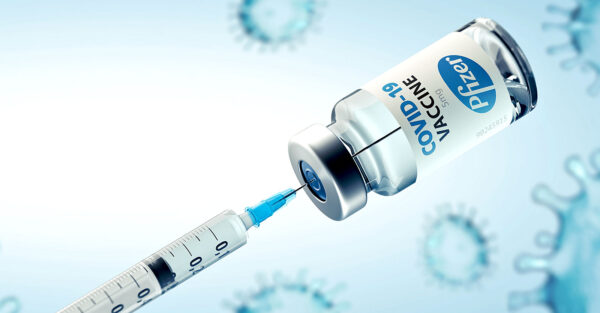 PrevPreviousDr. Sucharit Bhakdi: “German Pathologists… Have Shown Now That These People Who Died After Vaxxination, 90% [of Them] All Had Signs of Autoimmune Attack in the Organs, With the Heart As the Major Organ”
NextCheyenne Braun: 15-Years-Old German Girl Suffers Massive Heart Attack, Died 10 Days After Second Pfizer (Comirnaty) mRNA InjectionNext
Scroll to Top