It is definitely not normal for young athletes to suffer from cardiac arrests or to die while playing their sport, but this year it is happening. All of these heart issues and deaths come shortly after they got a COVID vaccine. While it is possible this can happen to people who did not get a COVID vaccine, the sheer numbers clearly point to the only obvious cause.
The so-called health professionals running the COVID vaccine programs around the world keep repeating that “the COVID vaccine is a normal vaccine and it is safe and effective.”

So in response to their pronouncement, here is a non-exhaustive and continuously growing list of mainly young athletes who had major medical issues in 2021 after receiving one or more COVID vaccines. Initially, many of these were not reported. We know that many people were told not to tell anyone about their adverse reactions and the media was not reporting them. They started happening after the first COVID vaccinations. The mainstream media still are not reporting most, but sports news cannot ignore the fact that soccer players and other stars collapse in the middle of a game due to a heart attack. Many of those die – more than 50%.
We really appreciate the athletes named in this list who have confirmed what happened to them so the truth can be known.

Where Are The Fact-Checkers?
Readers are writing to us asking for comparisons from previous years. Some say without that, these results mean nothing. That’s not true because if we had seen this in previous years, it would be well known and others would have documented it. We will try, but it is a lot of work.
Where are the fact-checkers? Where is the mainstream media? Some have piles of money from Bill Gates. Why are they not proving us wrong by all piling on and showing the documented Athlete deaths from 2019, 2018, 2017 and the previous decade?
They are nowhere to be found because this number of athlete deaths is abnormal and they know it. They have money from people who don’t want journalists poking around.

Sidelined Athletes with “Illness” Not Included in This Report

Many sports teams now have multiple sidelined players. There are dozens of them. The teams and Big Media are hiding this, thinking nobody will notice. These damaged players will not be shown in this report if they are reported only as “illness” but they would be worth tracking, because it is not normal to have so many. Their immune systems are likely to have been compromised by “something,” so they will be open to many things they would normally have been able to shrug off. We leave it to others to track these – we have our hands full handling the investigations for this list, going back in time trying to find new information that wasn’t available before, and making minor corrections as they are discovered. It will all come out eventually.
 
Worldwide Athlete collapses and deaths chart to 15th December 2021.
List of Injuries
Here is a non-exhaustive list of injuries reported. Most were cardiac arrest.
* Cardiac Arrest
* Blood Clots or Thrombosis
* Stroke
* Irregular Heartbeat
* Arrhythmia
* Neuropathy
* Death

This story will grow over time, as new information is added. If you have proof of information that we don’t already have, or if you have a correction, please send it through our contact form, with as much information as possible. Useful information would be the person’s name, age, what happened to them, if they had the COVID vaccine(s), date of death, link to any news story.
Special thanks to readers who have provided corrections, found errors that we missed, or provided new information we didn’t know about. It is now a real team effort and we appreciate it. 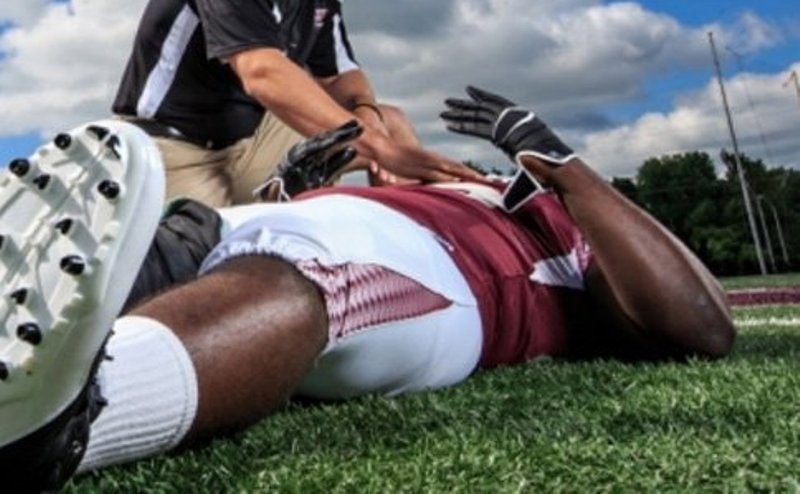 alecto49
No it is not normal for athletes to collapse with heart problems! The common denominator being the jab shows it should be banned now!

Hannahlehigh
Perfectly healthy men and boys dropping dead everywhere and nobody does anything to stop the shots. Those monsters will pay one day either in a court of law or under God’s law.

TheSongOfTime
1 or 2 collapses around the world was normal until the vaccine came along. This is not normal and only an idiot would believe it is. Unfortunately, half of the USA are idiots.

PatrioticDuty01
Our healthcare system is about to experience a tsunami! Potential side effects of jabs include chronic inflammation, because the vaccine continuously stimulates the immune system to produce antibodies. Other concerns include the possible integration of plasmid DNA into the body’s host genome, resulting in mutations, problems with DNA replication, triggering of autoimmune responses, and activation of cancer-causing genes. Alternative COVID cures exist. Ivermectin is one of them. While Ivermectin is very effective curing COVID symptoms, it has also been shown to eliminate certain cancers. Do not get the poison jab. Get your Ivermectin today while you still can!

SEOceanCrosser
Used to be that a high school football player collapsing was rare and nation wide news. Now we’re not allowed to discuss it.

Sooner47
The deadliest vaccine in history hands down It should be criminal to vaccinate anyone under the age of 18 if your over it’s up to you The more boosters the more damage to the immune system The reason they are so intent on vaccinating children is once they can get it on the child vaccine required vaccinations they will escape all liability Bigpharma with billion dollar contracts doesn’t mind funneling hundreds of millions to media like CNN or NY Times for favorable press which is then picked up by all media everywhere at the same time they pay these media giants to suppress any favorable stories on therapeutics like hydroxychloroquine or ivermectin That’s the reason you can’t get any reliable info on therapeutics it’s all being suppressed Pfizer is one of the most corrupt companies ever having paid out billions in liability claims for past injuries & deaths.

Eskyman
Those responsible for these deaths should be hanged, in public, for all to see. Their names should be chiseled in stone as the greatest mass murderers in history!

DMcDermott
At 1:50 you tag Jake West dies of sudden cardiac arrest. While this is true, Jake died in 2015. His death had nothing to do with these jabs.

PrevPrevious80% of Airline Pilots Aren’t Going To Take the Booster
Next2 Year Old Girl Dies After Being Given Two C0VID Shots!Next
Scroll to Top