A 5-Year-Old Girl Dies of Myocarditis

Rozalia Spadafora died at the Canberra Hospital earlier this month. Rozalia became unwell and twice tested negative for covid. She died on July 5th, 2022, and her family was told she died of a “cardiac arrest caused by myocarditis — a rare inflammation of the heart muscle.”

Her injection status is not mentioned. However, the Canberra Times reported on 10th January 2022 that the shots were on offer to five-year-olds. Professor Tom Connell told parents it was a “very effective vaccination.” Dr Matthew O’Meara told parents myocarditis wasn’t occurring in young children and the vaccine was “very safe”. 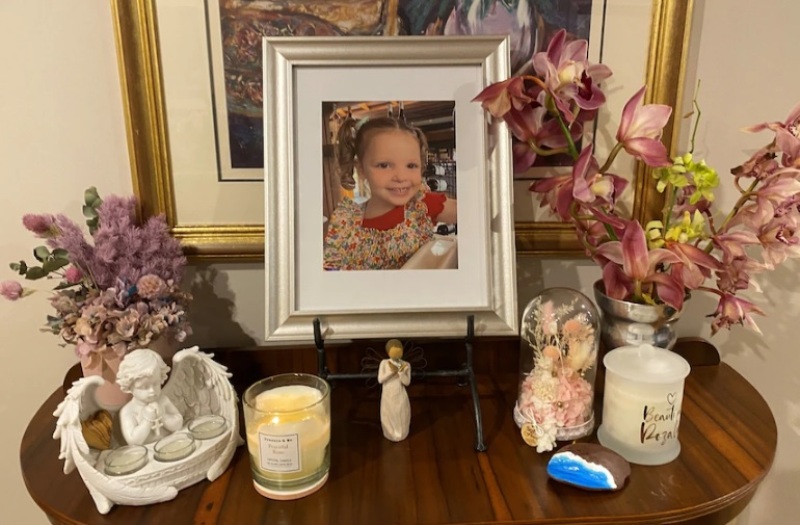 Family of five-year-old Rozalia Spadafora, who died at Canberra Hospital, speaks out

– Rozalia Spadafora’s family say they were told her death on July 5 was due to myocarditis — inflammation of the heart muscle
– The family says they waited for hours in the emergency department of Canberra Hospital before being seen by a doctor
– The ACT Coroner is looking into Rozalia’s death, while Health Minister Rachel Stephen-Smith has offered her condolences

The family of five-year-old Rozalia Spadafora has given a harrowing account of the hours leading up to her death at the Canberra Hospital earlier this month.

Earlier this week, it was confirmed the coroner was examining the death, which occurred on July 5.

Rozalia’s mother Katrina Spadafora said the preschooler had developed mild, flu-like symptoms in the days leading up to her death but had tested negative for COVID-19 and a doctor had prescribed antibiotics.

Ms Spadafora said her daughter later developed swelling in her face and was prescribed steroids.

A few days on, on the morning of her fifth birthday, Ms Spadafora said Rozalia was “so pale — like white” and was too lethargic and unwell to open presents with the family.

Having again tested negative for COVID-19, the family took the girl to a doctor, who recommended they go to the emergency department at Canberra Hospital where she could have blood tests.

Rozalia arrived at the ED with her mother and grandmother about 7pm on July 4.

Ms Spadafora said that when they arrived at the hospital, the department did not appear to be busy, but it was more than two hours before a nurse told them they were facing a further four-hour wait and that they should leave if Rozalia “was not that unwell”.

“She could not sit up, she needed to lie down,” she said.

Just before 10pm, Ms Spadafora said they were taken to the paediatric area of the department but were not offered a bed.

About 45 minutes later, she said a nurse checked Rozalia’s temperature, blood sugar and oxygen saturation levels and they were offered a consultation room.

Ms Spadafora said, about 1am, Rozalia was given an oral rehydration solution and water – which made her throw up.

“We pressed the bell for assistance but no-one came,” she said.

Ms Spadafora said a sample of her daughter’s blood was taken about 3am, but this apparently was not enough for testing and another sample was taken an hour later.

At 6am the day after they arrived at the hospital, Rozalia was taken to the intensive care unit, where she was given an intravenous drip, her blood pressure was checked and she was taken for a chest x-ray.

Two hours later the family was told by a nurse that Rozalia had Influenza A and the young girl was moved back to the paediatric area of the emergency department.

Ms Spadafora said they were also told Rozalia had an enlarged liver and would likely be in hospital for several days.

“They kept saying ‘we’re in the best possible place’,” she said.

‘I asked if this was life-threatening’

At about midday on July 5, Ms Spadadora said they were moved to a paediatric ward and told the muscles around Rozalia’s heart were inflamed but because no cardiac paediatrician was available, she would need to be flown to Sydney for treatment.

“I asked if this was life-threatening — and I was told ‘no’,” she said.

She said Rozalia was moved back to intensive care.

Over the following hours, the family said Rozalia was seen by several doctors, while preparations were made to fly her and her mother to Sydney.

Rozalia’s father was also allowed to visit them on the ward.

“I thought she was going to be fine,” Ms Spadafora said.

A few hours later the family was told a helicopter was on the way from Sydney.

At about 7pm, Ms Spadafora said the family was told the helicopter was unable to land at the hospital because of “an issue with the tarmac” and had to be diverted to the Canberra Airport. 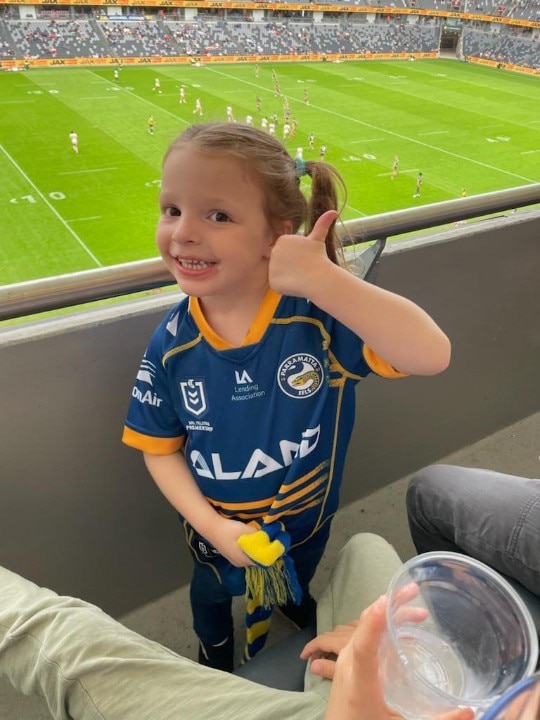 Rozalia’s mother says the family were told Rozalia had died of a cardiac arrest caused by myocarditis.

A team of people arrived at the hospital to transport Rozalia to the airport but Ms Spadafora said they were struggling to apply monitoring equipment to her daughter and she and her family were becoming increasingly distressed.

“I was starting to get a panic attack,” Ms Spadafora said.

“I stood up and she was just going into spasms,” Ms Spadafora said.

Rozalia was rushed from the room and Ms Spadafora said medical staff administered CPR on her daughter.

About an hour later, Ms Spadafora said the doctor told them Rozalia had died.

Police arrived at the hospital within a few hours and statements were taken from the family.

Ms Spadafora said they were told Rozalia had died of a cardiac arrest caused by myocarditis — a rare inflammation of the heart muscle.

This week, the family received a letter from ACT Coroner’s office, informing them an investigation was underway.

Ms Spadafora said they had not heard from the hospital until Tuesday evening, when a doctor sent her a text message — offering his condolences — and informing them that there would be a news report about Rozalia’s death.

ABC News had sent a request for comment to Canberra Health Services a few hours earlier.

Ms Spadafora said she was “disgusted” by the way the family had been treated by the hospital.

“I was thinking ‘why weren’t you helping me when you can see how sick my daughter is?'” she said.

Health Minister Rachel Stephen-Smith offered her condolences to the family.

“The death of any child is a tragedy and our thoughts are with the family at this really, really difficult time,” Ms Stephen-Smith said.

“I also want to assure people that the staff that were involved in this are receiving support and the hospital is very conscious of ensuring that those staff receive the debriefing and support that they require.

“I was briefed — as was the acting minister — I was actually on leave at the time.

“We did receive very quick advice in relation to this matter but I can’t speak to any of the details of it because of the privacy considerations but also the investigations that are underway.”

“This family is heartbroken — this is truly tragic and I was glad to see that there will be a coronial investigation,” Ms Castley said.

“I look forward to seeing what happens there but at the end of the day there is a family completely devastated and their little five-year-old girl is not at home right now.”