At Least 69 Athletes Collapsed in One Month From Sudden Heart Problems; Many Passed Away

There’s an epidemic in sports around the world, and mainstream media continues to ignore it.

Dozens of athletes continue to collapse on the playing surface due to sudden cardiac problems.

Sadly, some of these athletes have passed away or had their careers prematurely ended due to their injuries.

According to a recent report, 75 fully vaccinated athletes have suffered unexpected heart attacks since June 2021.

And this video montage visually highlights the vast number of athletes to experience these sudden cardiac conditions.

Just last week, I reported on multiple European footballers who collapsed on the pitch.

Trending: Was A Sniper Attempting To Assassinate Trump At Mar-a-Lago?

And a brief look at the Wikipedia list of footballers who have died while playing shows an unprecedented number of players in 2021.

Yet, the “experts” tell the public COVID-19 is likely the leading cause of the surge in cardiac events.

If COVID-19 was the source, why didn’t we experience the dramatic increase in cardiac events in 2020?

Mainstream media continues to ignore the obvious, and nobody wants to investigate the question on everybody’s mind.

How many of the players who collapsed on the playing surface took the experimental COVID-19 injections?

“Fact-checkers” went into overdrive to squash those questions from individuals who lack critical thinking skills.

But the real facts paint a different picture.

In October alone, at least 69 athletes collapsed and many of those players died due to their injuries.

Below is a shockingly long list of athletes who collapsed last month from heart problems or circulatory disorders such as strokes. Unfortunately, some of these incidents were fatal for the often very young athletes. The numbers are alarming, especially in view of mandatory Covid shots.

(1) At the encounter between PGS E Bosico and Romeo Menti (Allerona Scalo) in Umbria/Italy on October 2, 2021 , a “young player” from the visiting team collapses without any external influence and is transported to the hospital.

(2) Martin Lefèvre (16) from FC Agneaux collapses without any previous illnesses with a stroke during the game against FC Saint-Lô Manche on October 2, 2021. He is paralyzed on one side and has no ability to speak.

(3) Niels de Wolf, 27, from the Belgian football club White Star Sombeke, suffered a cardiac arrest immediately after the game against Verrebroek on October 3, 2021, was resuscitated with a defibrillator, but died in hospital on October 6, 2021 .

(4) Arcisate, Province of Varese, Italy: The amateur match between Valceresio and Tradate (Prima Categoria, Girone A) is canceled after 20 minutes after the referee suffers a medical emergency . Message from October 3, 2021.

(5) Timucin Sen from Germania Großkrotzenburg will be substituted on October 3, 2021 in the game against Spvgg. Oberrad. He collapsed after ten minutes into the game and was taken to a clinic in Gelnhausen.

(6) On October 3, 2021, referee Öner Calik, in his mid-30s, canceled the game between VfB Waltrop II and Vinnum II due to his own health problems and was taken to the hospital by the emergency doctor.

(7) On October 4 , 2021, a person in charge of SV SW Frömern collapsed on the field before the game against Kamener SC.

(8) Cleveland, Ohio, USA: Elias Abou Nassif (44) suffers cardiac arrest in the gym and can be saved by using a defibrillator. Message from October 5, 2021

(9) Lecco (Italy), October 7, 2021: 17-year-old athlete from Colverde collapses during training with cardiac arrest. Defibrillator insert. He is now fighting for his life in the intensive care unit at Lecco Hospital.

(11) The golf caddy Alberto Olguín from Mexico collapses dead on the ninth hole of the tournament in Nuevo Vallarta (Mexico). Message from October 9, 2021.

(12) England: In the League One game between Ipswich Town and Shrewsbury on October 9, 2021, Shrewsbury professional striker Ryan Bowman (29) has to be taken off the field after a good half hour of play with extreme cardiac arrhythmias and a pulse of 250 and treated with a defibrillator.

(13) Pompeo Tretola, an 18-year-old soccer player from FC Matese, collapses during the game against Vastese Calcio on 10.10.2021 without any warning signs. He is later transported to the hospital.

(14) Normandy, France: After warming up before the match between Saint-James and Avranches on 10 October 2021, 40-year-old player from Saint-James suffers a heart attack and is saved by a fire-medic on the team of Avranches.

(16) In the match between Wacker Mecklenbeck and Fortuna Freudenberg in the Women’s Westphalia League on October 10, 2021, a player collapsed without any opposing influence and was transported to the Münster University Hospital.

(18) At the Boston Marathon on October 11, 2021, marathon star Megan Roth collapsed after eight miles of racing with cardiac arrest. She can be saved and is waiting for a defibrillator to be implanted.

(19) NBA player Brandon Godwin of the Atlanta Hawks explains that the Covid vaccination had caused severe side effects for him, which would mean that he not only had to end the season, but possibly his entire career. Message from October 12, 2021.

(21) Ferran Duran, player from the 4 Catalan League (27), suffered cardiac arrest five times during a game on October 12, 2021 and miraculously survived.

(22) France: The player Christophe Da Silva of Saint Avé collapses with cardiac arrest in the AH Cup match between the Locqueltas footballers and Saint Avé . Message from 10/13/2021

(23) Ensenada, Mexico: The 16-year-old student Héctor Manuel Mendoza dies of a “fulminant heart attack” while training in a sports club . Message from 10/13/2021.

(24) Brazil: Atletico Goianiense ‘s youth footballer Fellipe de Jesus Moreira suffers a heart attack in the training center and later another heart attack in the emergency room. Now he is fighting for his life in the intensive care unit. News from October 14, 2021.

(25) The next referee who breaks down and dies during a game : happened at the Kreisliga B game between SC Daisbach and FSV Taunusstein in Aarbergen on the evening of October 14, 2021 .

(26) The professional cyclist and multiple Italian time trial champion Gianni Moscon (27) is about to have a catheter ablation due to cardiac arrhythmia. News from October 14, 2021.

(27) Joe Plant from Whitby (Yorkshire, England) suffers in 2021 at a race walking competition of all the British Heart Foundation a cardiac arrest, at 14:10, he himself reported.

(28) Lars Schneider, trainer of TV Braach, retires due to lack of strength after he collapsed with cardiac arrhythmias during the game of the district league A Hersfeld / Rotenburg against SG Nentershausen-Weißenhasel-Solz in Solz and had to be transported to the clinic. Message from 10/14/2021.

(29) Treviso, Italy: 53-year-old AH player suffers a heart attack while training on October 14, 2021 . He could be kept alive by fellow players.

(30) Australia: 14-year-old student Ava Azzopardi suffers cardiac arrest during the game between Runaway Bay and Magic United at Surfers Paradise Apollo Soccer Club. She is resuscitated by nine rescue workers, put into an artificial coma and is now fighting for her life in the hospital. News from October 15, 2021.

(31) At the handball 3G Bundesliga game in Wuppertal between Bergisches HC and HSG Wetzlar on October 16 , 2021 , a spectator with cardiac arrest collapsed not only during the game (this led to the game being abandoned); after the game, a second spectator also suffered a cardiac arrest .

(32) A 16-year-old boy from Idaho collapses when lifting weights with cardiac arrest. He wakes up after two days in a coma, but is “extremely confused” and has no short-term memory. News from October 16, 2021.

(33) Camposampiero, Province of Padua, Italy: The 37-year-old doctor Filippo Morando dies while jogging. The ambulance flown in by helicopter can no longer do anything as it is too late. Message from 10/17/2021.

(34) The Premier League game between Newcastle United and Tottenham FC on October 17, 2021 was suspended due to a medical emergency in the stands.

(35) Haitem Jabeur Fathallah, 32, a Fortitudo Messina basketball player, suffers cardiac arrest during the game and dies in hospital. Message from 10/17/2021.

(37) Lombardy, Italy: A 40-year-old cyclist stops because of “medical emergency” on , falls to the ground, is transported to the hospital by rescue helicopter Rho. Message from 10/17/2021.

(38) Waseem Aslam of Bradford (England) interrupts a game of football suffering from a cardiac arrest. He could be saved by friends. Message from October 18, 2021.

(39 ) A 26-year-old runner collapses from cardiac arrest in the Detroit Free Press Marathon . Two police officers rescue him with chest compressions. After that he was treated in the hospital. Message from October 19, 2021.

(43) Henry, a teenager from Halifax, England, is recognized for saving the life of his 56-year-old father after a cardiac arrest while jogging in March. Message from October 20, 2021.

(44) At the first division match between Osasuna and Granada in Pamplona on October 22, 2021, a home team fan suffers cardiac arrest and dies in hospital.

(45) Dieppe, France: A jogger collapses while running with cardiac arrest. He is rescued by two police officers on the patrol. Message from 10/22/2021.

(46) Acerra (Italy): Remigio Gova. A basketball referee and nurse, in Italy inevitably “vaccinated” against Covid, at only 30 years of age “died in his sleep”. Message from October 23, 2021.

(47) A double medical emergency at an English stadium on 10/23/2021 during the Championship League game between West Brom and Bristol City. Defibrillator used, the game had to be postponed twice.

(48) Belgian soccer player (37) suffered cardiac arrest in the locker room after his club’s match on October 24th, 2021, was reanimated but died in hospital.

(49) France: 43-year-old US Montgascon goalkeeper dies of cardiac arrest at half-time. Happened on October 24, 2021 at the La Bâtie-Montgascon stadium.

(50) A 53-year-old suffers a triple cardiac arrest in Bilbao half-marathon and passes away as a result. Message from October 24, 2021.

(52) Fatal cardiac arrest at a mountain running event in the Italian Alps on October 24, 2021. The victim is Bruno Taffarel (56) from Cordenons.

(53) A cardiac arrest of a player overshadowed the top game of the A2 Dortmund regional soccer league. The player from SG Gahmen was hospitalized on 10/24/2021. The affected team had played against Eving Selimiye Spor.

(55) The amateur match between Frugesport (Ravenna) and Vaccolino (Prima Categoria, Girone F) is canceled after 32 minutes because the “young” referee suffers a medical emergency . Message from 10/26/2021.

(56) 17-year-old Elly Böttcher from Rostocker FC collapsed unconscious during the away game in Hohen Neuendorf of the Frauen Regionalliga Nordost on October 24, 2021 without any interference and was transported to the hospital. The game was stopped after the incident.

(57) A 20-year-old Italian collapses when skateboarding with a cardiac arrest and is now fighting for his life in the hospital in Verona, where he was transported by helicopter. News from October 25, 2021.

(58) A fan of the Belgian second division team from Lier collapsed on October 27, 2021 in the stadium with heart problems and died in hospital.

(61) England: A fan collapses after the Cup game Stoke City against Brentford on October 27, 2021 in front of the stadium with cardiac arrest and dies.

(62) A player from Blau-Weiß Linz from Ghana (26) collapses during his club’s home game against Hartberg and is transported to the hospital. Happened on October 27, 2021 at the round of 16 for the ÖFB-Pokal. He is diagnosed with a congenital heart rhythm disorder and was helped with a defibrillator.

(63) Pakistan: The 30-year-old player Muhammad Islam from FC Raziq Chaman suffers a heart attack in the middle of the game against Millat Club and dies. Message from 10/28/2021.

(64) The Swedish-Iraqi player Aimar Sher from the Italian first division club Spezia Calcio collapses during training and is transported to the hospital. Message from 10/28/2021.

(66) Barcelona star Sergio Aguero (33) suddenly gets breathless during the league game against Deportivo Alaves, grabs his chest and collapses. The Argentine national team player must now take a break of at least three months. A few months ago he was suffering from a severe Corona infection. Notification from 10/30/2021

(67) During the ICE ice hockey league game, Boris Sadecky (24) from the Bratislava Capitals collapses on the ice without any outside interference. He dies five days later. It later emerges that he suffered from “mild myocarditis” on match day. Message from 10/30/2021

(68) The student and soccer coach for the La Salle High School team in Pennsylvania, USA Blake Barklage died after a heart attack over the weekend. Message from 11/1/2021.

(69) Argentina: The soccer player Ronald Biglione dies after the 2nd vaccination due to thrombosis – a well-known side effect of the vaccinations against which the manufacturers themselves warned about. He was treated in Cordoba hospital for two weeks. Message from November 5, 2021. 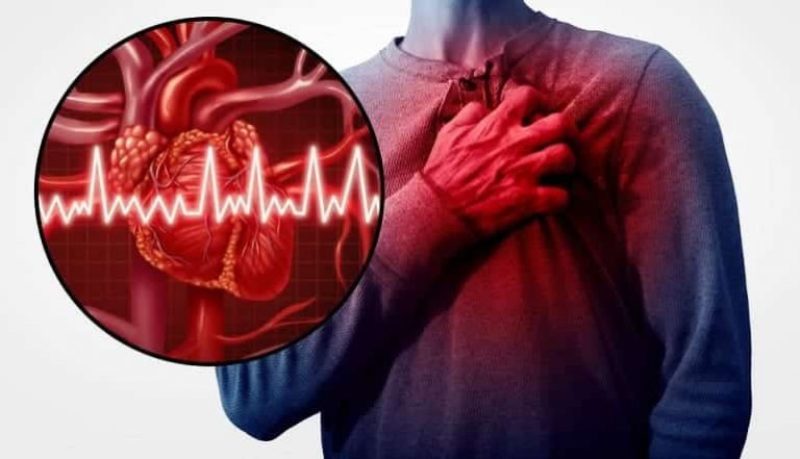