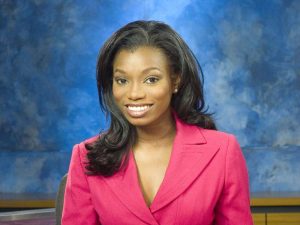 Ms. Ayesha K. Faines received the second dose of experimental Pfizer mRNA sometime around March 15, according to her Twitter posts. It is unclear exactly when she received the first and second shots. But her earliest post about being vaccinated is from March 30. 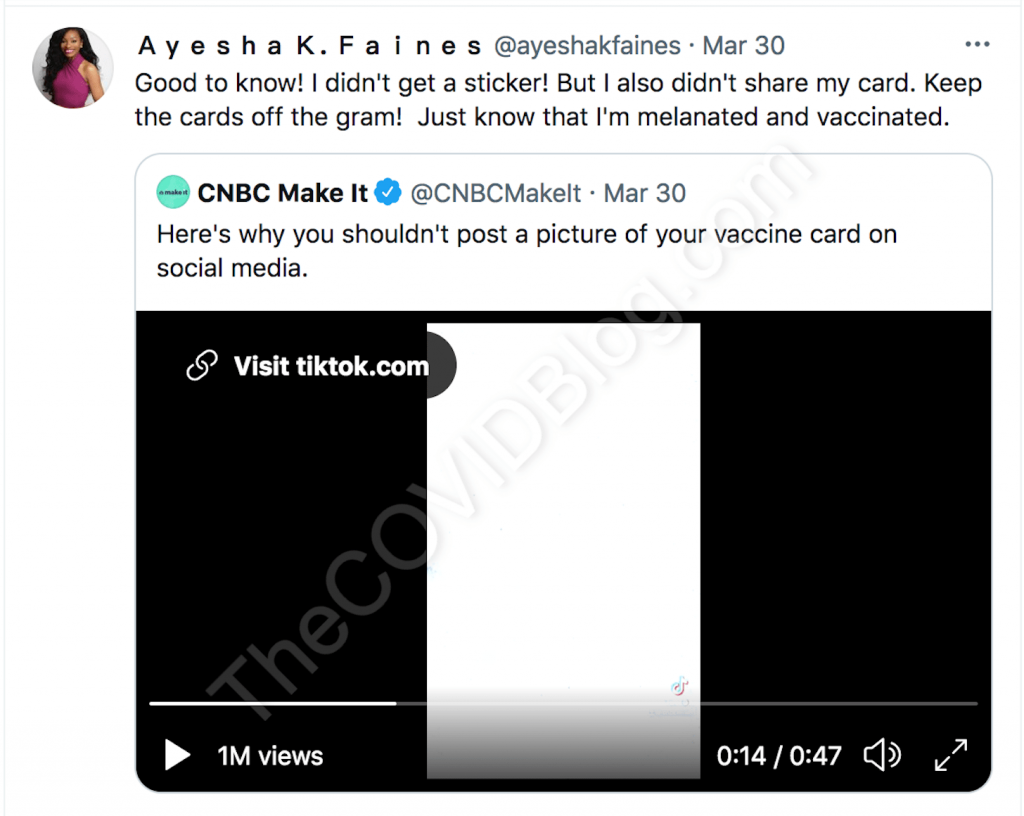 She acknowledged it was Pfizer on April 3 and even said the first injection “had me down for the count.” 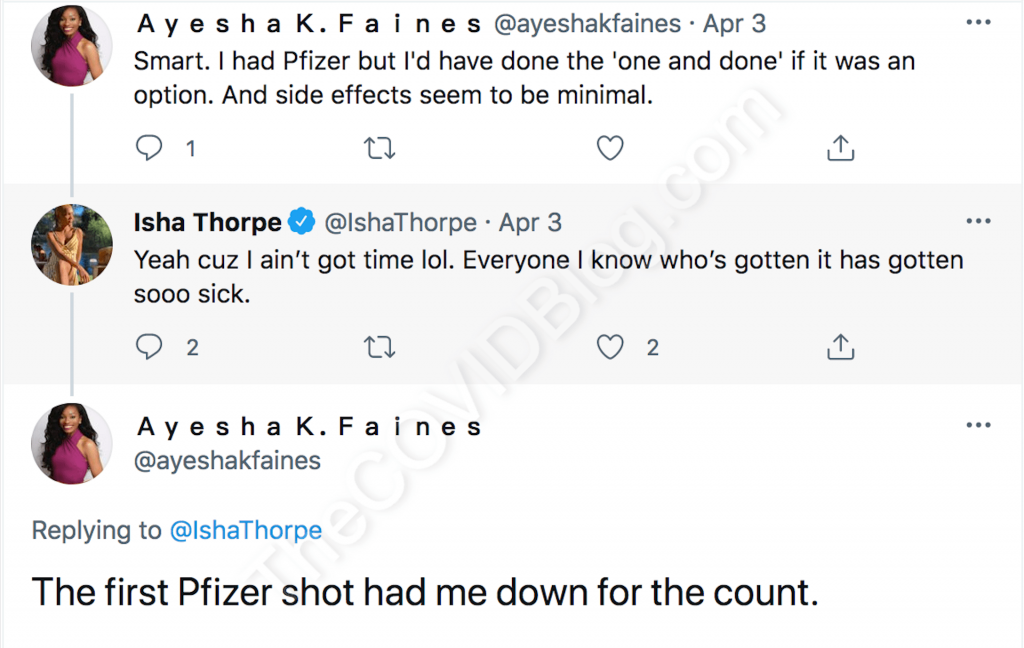 She “praised God” for being vaccinated a few days later.

She was very active on June 28, with 25 tweets that day. The medical issues related to the mRNA shot likely commenced thereafter. No further activity appeared on her Twitter page. Her last Facebook post was June 28 at 10:45 p.m. Ms. Faines passed away on July 2.

Who was Ayesha K. Faines?

Ms. Faines is best known as a panelist on “The Grapevine Show” on Youtube. She was a Yale University graduate and worked for mainstream media outlets WJXT4 News4Jax in Florida and My9TV/Fox in New York. She is also the founder of a website called “Women Love Power.” Ms. Faines appeared on Entertainment Tonight, MTV and lectured at universities. Unfortunately she was also a dangerous tool for the COVID agenda.

Regardless, liberals loved her. She received numerous condolences across social media after her death. No mainstream media outlets mentioned the fact Ms. Faines received the Pfizer injection several weeks prior to her death. All of them say she died “unexpectedly,” which is media modus operadi for 2021 deaths of relatively young people.

We know for certain she died in Essex County, New Jersey. But the New Jersey Medical Examiner can stall for up to 12 weeks on public records requests. Thus this story will be long forgotten about when we do discover the cause of death.

PrevPreviousGisele Levesque, the First Person in Canada To Be Vaxinated Against Bs-19, Has Died
NextWatch 1-Hour Version of Censored Interview with Inventor of mRNA Vaxine TechnologyNext
Scroll to Top