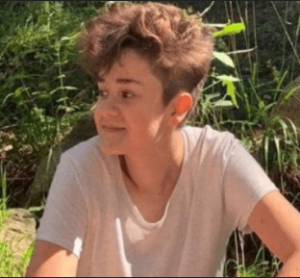 BASTILLE — A 16-year-old Italian girl is dead, in yet another senseless death that will be ignored and/or minimized by mainstream media.

Myocarditis and pericarditis are common, known adverse effects from the Pfizer injections, particularly among teenagers. Blood clots are also common, known adverse effects to these shots. A study released last week by University of California scientists found that teenage boys are six times more likely to suffer from post-injection heart problems than to be hospitalized from COVID-19. The family told doctors about Giulia’s congenital heart defect. But doctors insisted she still get the injections.

Giulia immediately reported a sore arm after the second injection, just like she did after the first. Lorenzo Lucenti, Giulia’s father, urged his daughter to postpone the injections because he knew they were different from other vaccines. Giulia was scared of needles and was also reluctant to receive the injections. But she needed the injections if she wanted to resume in-person schooling.

The next afternoon, September 9, Oxana Lucenti, Giulia’s mother, returned home from work. Giulia was “taking a nap” on the sofa. Oxana went about her business. But at around 1:30 p.m., she checked on her daughter, only to discover she was not breathing. Oxana, who is a healthcare worker, immediately called 118 (the “911” in Italy) and commenced CPR. She described a very detailed, scary moment when paramedics tried to revive Giulia:

“Those two blood clots, which came out of my daughter’s vein when the catheter with the adrenaline in her left arm was inserted, I saw them very well. It was two clots, not liquid blood. I am not a doctor, but if the adrenaline, on its way to the heart, was [met by clots], it has certainly not reached its goal. The defibrillator, perhaps, would have helped to restart the heartbeat. Why wasn’t a defibrillator used?”

Giulia was pronounced dead at 2:50 p.m in her mother’s Bastille home.