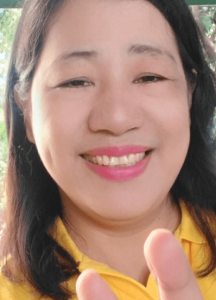 MANAOAG, PANGASINAN — A 56-year-old highly-respected math teacher and mother is dead as Filipinos face the most precarious forced vaxx campaign in the world. 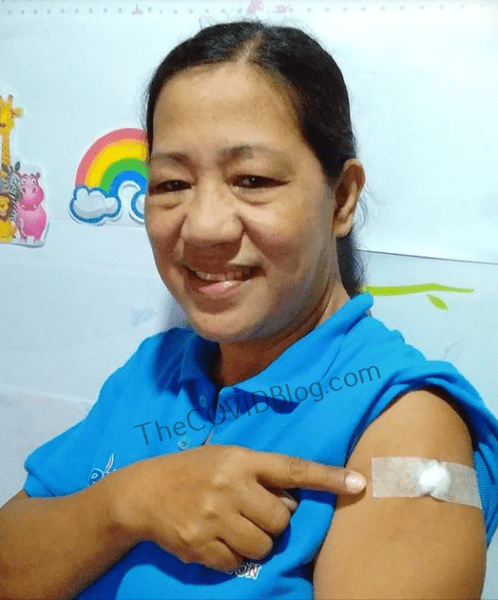 Coronovac allegedly uses dead SARS-CoV-2 virus, but keeps the spike proteins intact. Further a German journalist and Christian pastor, Samuel Eckert, has offered a $1.5 million reward for a virologist to “provide scientific evidence of the existence of SARS-CoV-2” using the postulates criteria of Nobel Prize winner (1905) Dr. Robert Koch. Nobody has claimed the reward.

Ms. Valdez received her second Coronavac injection on September 8. About 90% of the comments were a combination of “congratulations” and “stay safe.” 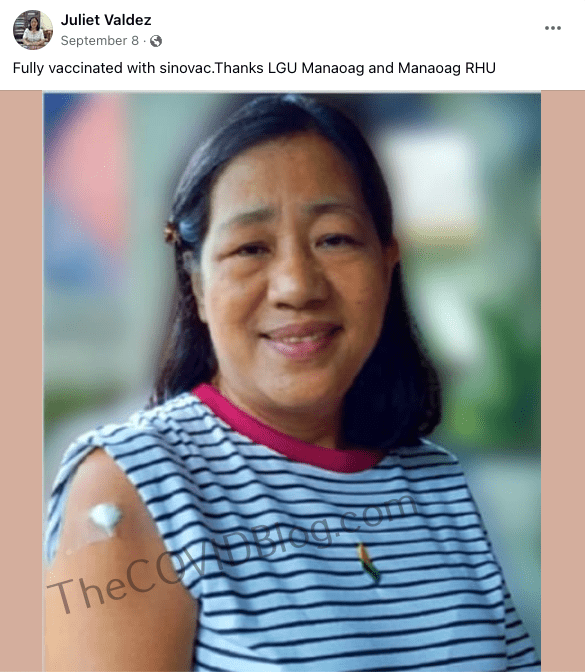 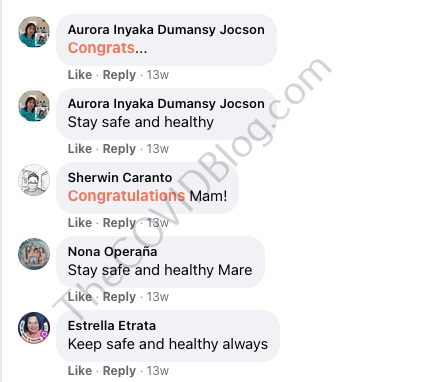 The Philippines is 80% Catholic and over 90% Christian overall. It is one of only two Asian countries that is predominately Christian. Ms. Valdez’s Facebook timeline reflects this phenomenon, as nearly all of her posts after the second injection invoke God. 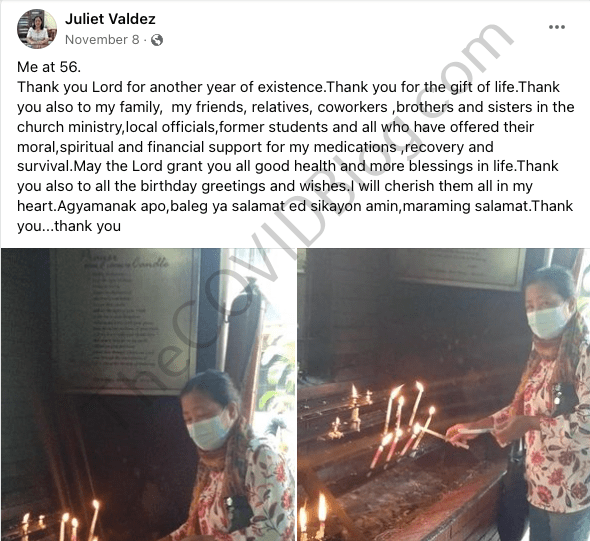 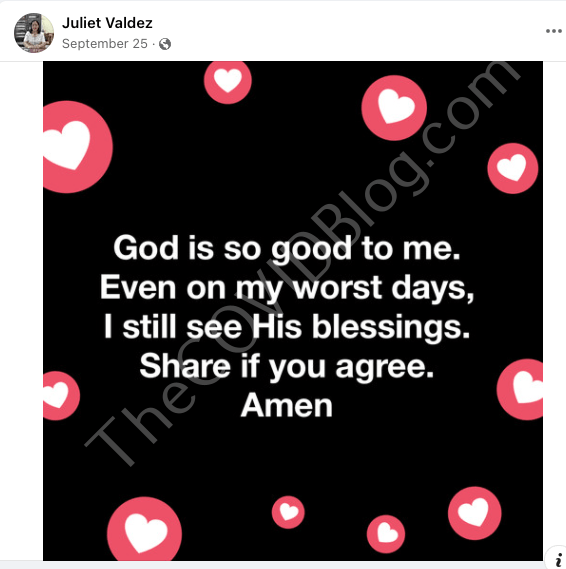 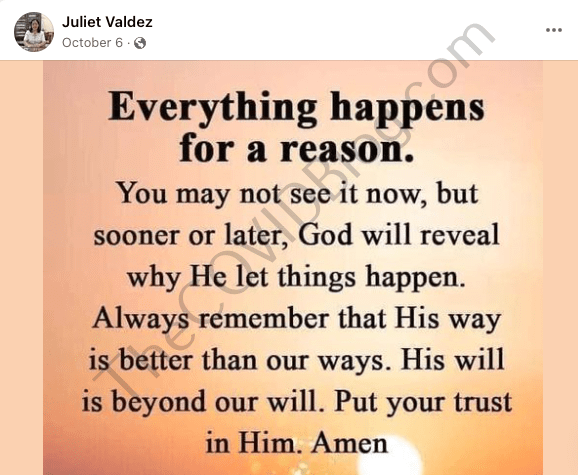 There isn’t much public information as to what happened to Ms. Valdez. Her last Facebook post came on November 27 at her First Sunday of Advent church service. 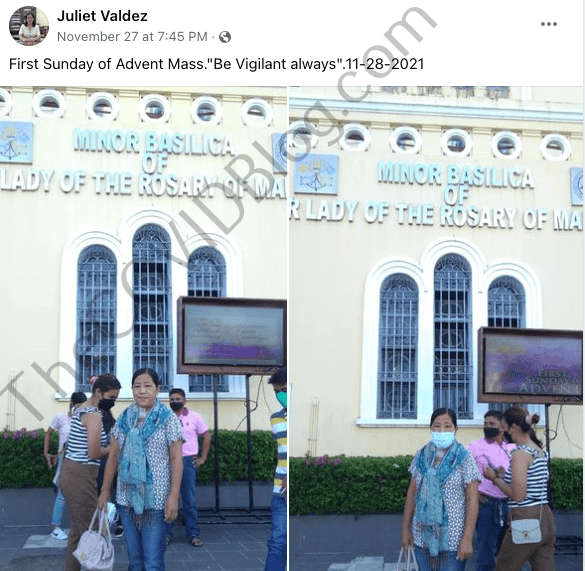 Ms. Valdez typically posted on Facebook 2-3 times per week. Thus it was a bit unusual for her to disappear after November 27. From all accounts, she passed away on or around December 6. 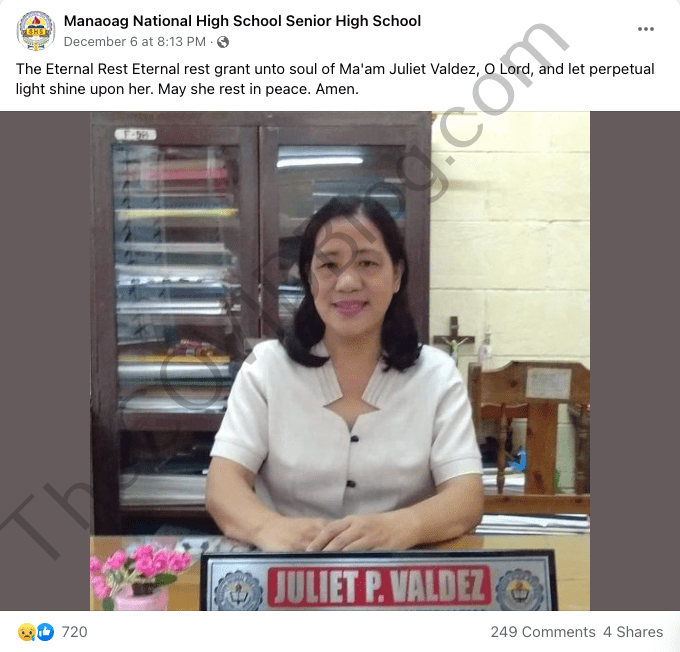 But her son used language that is all too familiar in describing her death. He wrote that his mother “suddenly left us.”

PrevPrevious160,000 C0VID Deaths? – NHS Confirms Just 5,115 People Have Died of C0VID-19 in England Since Beginning of Pandemic
NextDenmark Will Stop Promoting C0VID Vaxxinations on May 15, 2022Next
Scroll to Top