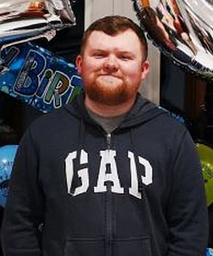 TARBOLTON, SOUTH AYRSHIRE, SCOTLAND — A 20-year-old Tarlbolton man with muscular dystrophy and autism is dead after anxiously awaiting his experimental shot for a year.

Mr. Luke Garrett received the experimental Pfizer mRNA shot on February 8 at a site administered by the Ballochmyle Medical Group, according to the Daily Mail. Mrs. Tricia Garrett, Luke’s mother, discouraged him from getting the shot. But she said Luke wanted the shot so he could “live his life again” and get out of lockdown.

Mr. Garrett received the shot at 3 p.m. He almost immediately developed a high temperature, followed by severe full-body muscle pain. He had a seizure and was foaming at the mouth a little after midnight. Mrs. Garrett called 999, the U.S. equivalent to 911. She performed CPR on her son while awaiting paramedics. Mrs. Garrett also called 111, an urgent care advice line in Scotland around 1 a.m.

Paramedics arrived and gave Mr. Garrett an adrenaline shot. The 111 nurse said they would send additional medical personnel out and call back within two hours. But nobody showed up. Instead the 111 nurse called back at 4 a.m. and asked if Luke still needed help. Mrs. Garrett responded, “my son is dead.” Luke would have turned 21 years old on February 18.

Mrs. Garrett said her son had high-functioning autism. He met with support groups three times per week. But he stopped going to them for nearly a year because he was afraid of catching COVID-19. Mrs. Garrett said her son was healthy and fit. Of course he took a heart drug and had biannual checkups for his muscular dystrophy. But he was otherwise healthy and functional.

The Medicines and Healthcare products Regulatory Agency (MHRA) is to the United Kingdom as the FDA is to the United States. The agency said it is saddened by the loss. The spokesperson also invoked the “vaccines are the leading cause of coincidences” subterfuge.

As with any serious suspected ADR, reports with a fatal outcome are fully evaluated by the MHRA, including an assessment of post-mortem details if available, to consider whether the vaccine may have caused the event, or whether the event and fatal outcome were likely to be purely coincidental and due to underlying illness.

A Scottish government spokesperson said there is “no causal link” between experimental Pfizer shots and any deaths whatsoever in the U.K. A Pfizer spokesperson said, “It is important to note that serious adverse events can occur in the population that may be unrelated to the vaccine.”

Mrs. Garrett said her son would still be alive today had he not received the experimental Pfizer mRNA shot.

PrevPreviousHospitals Are Already Becoming Overwhelmed, and So Many Will Die in Their Homes From the C0VID Vaxxines
NextIn New Zealand, Forcing Police and the Military To Get Vaxxinated Violates Their Bill of RightsNext
Scroll to Top