The story of my Mum’s passing shortly after receiving the covid injection.

Well, we saw her a few weeks prior to the injection on 21 February 2021 and she was feeding herself quite normally.

We next saw her on my birthday 16-Apr-2021 and she kept repeating that she felt sick & was dying, she kept holding her head, later we discovered that she had only just received the Pfizer vaccine a couple of days prior this date. She was not her normal self at all.

We were the last family to see her awake and coherent (sort of anyway).
Later that evening she passed into a comma-like state.

She is eventually passed on the 15-May-2021. I was told from natural causes.
The very next day I attempted to report her death as an AEFI (Adverse Event Following Innoculation/Injection).
So I simply googled the appropriate website, and quite easily found the TGA’s, AEFI web page reporting form typed in my details on the first page and my Mum’s details on the second page ticked the other box for injection type, and put Pfizer in the other text box.

Well, that began the rabbit hole of email redirections every 2 days on average over the next 2 weeks, I received another email redirect, until eventually after the 7th redirect I was redirected back to TGA’s website (square 1).
During this process, I became aware that 1. Only a medical physician or above can report ANY COVID RELATED AEFI’s, and it has to be done through an attached PROTECTED MULTIPAGE PDF form, that MUST BE DOWNLOADED THEN HANDWRITTEN THEN RETURNED TO QLD HEALTH, who then must compile the results manually, data process them manually, and then assuming that the data is entered in full and correctly, they then pass that data onto the TGA.
This is ONLY FOR COVID too I discovered, ANY OTHER AEFI (smallpox, tetanus…) is done through the previously mentioned TGA web form.

After this most frustrating encounter, I went to my Federal Member (Peter DUTTON), and there spoke with Nathan and then Brett, who used to work at the coroner’s office, and Brett explained that if the doctor had have correctly reported the AEFI then a mandatory autopsy would have been carried out, with or without the families consent.
THERE WAS DEFINATELY NO AUTOPSY CARRIED OUT, not even blood taken from the cadaver.
Brett from Peter DUTTON’s office, started me on my second rabbit hole journey by phone this time, from the TGA, through Qld Health, through the Covid assistance line, who then attempted to redirect me back to the TGA. I was so disgusted at this point that I made a complaint through the Qld Ombudsman, who to this date has only given me lip service for my loss and coincidently still done NOT 1 THING TOWARDS GETTING MUM’s death AEFI COVID, recorded.

There has not been one day since her death that I have not contacted or been proactive in trying to get her death, to be correctly recorded as a possible AEFI !

I SERIOUSLY DOUBT THAT VERY MANY, IF ANY, OTHER PERSON WOULD HAVE THE TIME OR THE TENACITY TO GO THROUGH ALL THE HOOPS THAT THE GOVERNMENT HAS DELIBERATELY PUT IN PLACE JUST TO RECORD A SIMPLE AEFI, of a loved one.

The top photo is of my mum once she went into the comma-like state where she remained until she passed on the 15-May-2021. 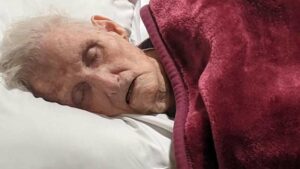 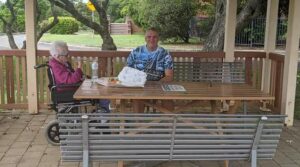 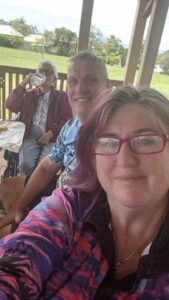