Should this be considered assault? Or worse?

Although the White House continues to promote the COVID-19 agenda and Americans’ think’ they are doing their part by getting the controversial jab, numerous reports and data sheets have been revealed to show the supposed miracle drug is causing side effects not only in healthy adults but also in unborn children. Alongside Dr. Robert Malone and Dr. Peter McCullough, Dr. Naomi Wolf has been an outspoken voice against the government overreach surrounding COVID-19, the push to get all Americans to take the jab, and the side effects that companies and organizations like Pfizer and the FDA might be purposely covering up.

What amazed the doctor was the fact that after the study, they never reported the effects the drug had on the baby rats. “They didn’t follow the baby rats. They just looked at them and said, ‘Okay, fine.’ The doctors who ran the study were shareholders or employees of Pfizer and BioNTech. We were not told that the claim that was safe and effective for pregnant human women was a French study of 44 rats. The truly horrific thing I have to tell you is that the Department of Defense data was released by whistleblower, and attorney Tom Renz has been very active trying to get enforced injections in the military to be halted based on these data. What the data show is that in 2021, when thousands and thousands and thousands if not millions, no, it would be thousands, hundreds of thousands of female soldiers and Air Force members were injected with mRNA vaccines.”

Not only appearing on New American, but Dr. Wolf also spoke with Steve Bannon, where she admitted, “28% of 270 mothers and for fetuses or babies had adverse events that Pfizer characterized as serious 28% of the adverse events were serious. These included miscarriages, fetal deaths, preterm deliveries, premature rupture of membranes, and fetal growth restrictions. The baby not growing in the mother’s womb, the babies suffered vomiting, fever, rash, agitation, and allergy to the vaccine.” 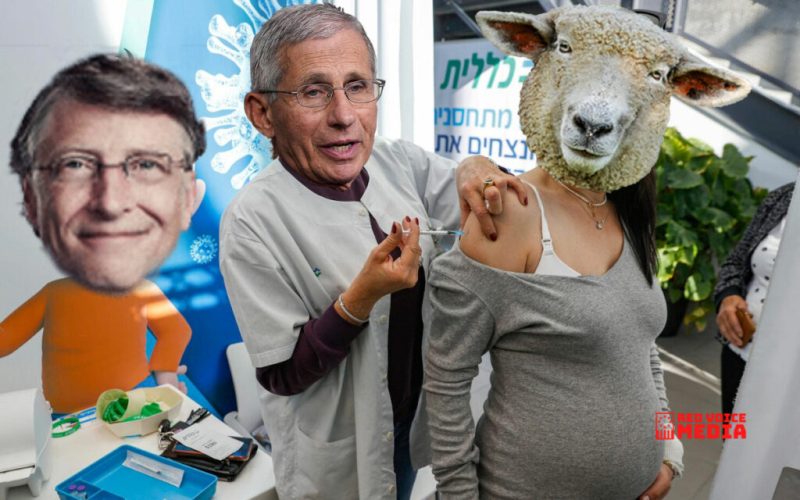