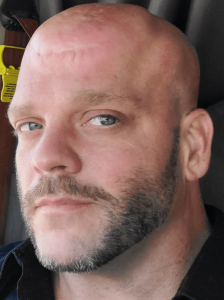 Mr. Richard “Ricky” Rowe was already, for lack of better term, an unpleasant personality based on his Facebook and Twitter archives. The injections exacerbated it, providing more evidence that these shots change people’s personalities and psychological states of mind.

Mr. Rowe was a truck driver by trade. But he ran for seats in the Florida House Of Representative and the U.S. House of Representatives in 2020. He lost in the primaries in the previous and dropped out before the primaries in the latter race. Mr. Rowe was a Democrat who stressed that he was a “progressive,” not a “liberal.” His hatred and vitriol towards non-vaxxed people dates back to early 2021.

Mr. Rowe received his first Pfizer mRNA injection on August 12, according to his Facebook page. It’s unclear when he received the second injection. But Mr. Rowe was very loyal to the vaxx and all things surrounding it. Further, 92% of self-identified “LGBT” people follow vaxx schedules loyally, according to the Human Rights Campaign Foundation. Thus, Mr. Rowe likely followed Centers for Disease Control instructions and got the second shot sometime between September 5 and 12.

He wasted no time with the vitriol, declaring himself “morally and intellectually superior” to all non-vaxxed people the day of his first injection.

His posts got stranger and nastier after August 12. But we’ll pick up in October. 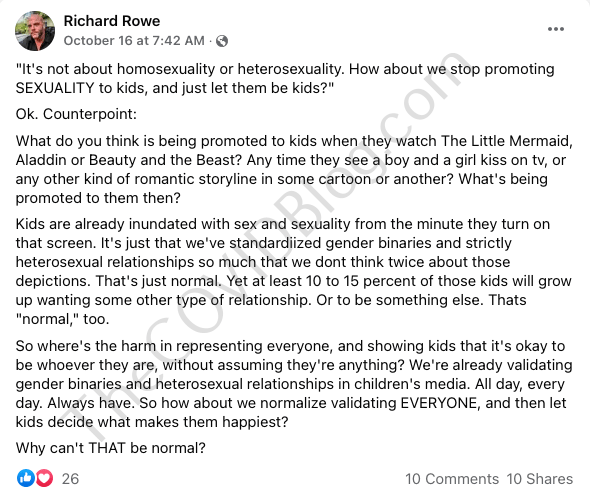 The rest of October was spent attacking the non-vaxxed at every opportunity. He said, “I really don’t give a shit what happens to you” to all non-vaxxed people on October 7.

Mr. Rowe mocked non-vaxxed nurses and supported firing them for not getting the shots.

Later that day, he said non-vaxxed people better accept being day laborers like illegal immigrants at Home Depot since nobody will hire them.

Mr. Rowe said non-vaxxed people are “the bottom of the food chain” on October 18.

He then said, “F**k em” regarding the death of former U.S. Secretary of State Colin Powell. 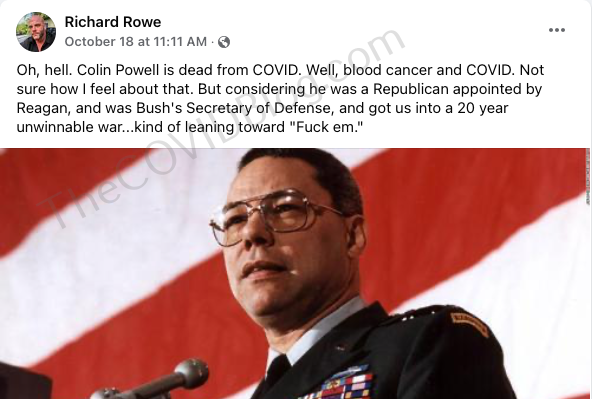 The final post we’ll cover here is Mr. Rowe declaring that Joe Biden has the power of a king, can mandate whatever he wants, and everyone must obey.

Mr. Rowe’s last Facebook post came on October 27, taking digs at Senator Joe Manchin, D-West Virginia. He took his dog for a walk the morning of Thursday, October 29, according to a GoFundMe page that we won’t be linking here. Mr. Rowe “had an unknown medical episode and was found by the neighbors.” He was pronounced dead that morning.

His niece posted an update on his Facebook on November 2, confirming Mr. Rowe “passed away unexpectedly last week.”

PrevPreviousMichael Granata: 56-year-old California Man Dead 10 Weeks After Moderna mRNA Injection
NextHow To Use the DAEN Database From the TGA Website To Find the Case Number of a 14-Year-Old Girl Who Died of the Moderna Vaxxine in AustraliaNext
Scroll to Top