“Countries with high levels of mask compliance did not perform better than those with low mask usage,” found a new study, whose data and analysis instead discovered a “moderate positive correlation between mask usage and deaths.”

The peer-reviewed study – “Correlation Between Mask Compliance and COVID-19 Outcomes in Europe” – was authored by Beny Spira, an Associate Professor at the University of São Paulo whose research focuses on the molecular genetics of microorganisms.

Published in the Cureus Journal of Medical Science on April 19th, 2022, the paper describes its purpose as “analyz[ing] the correlation between mask usage against morbidity and mortality rates in the 2020-2021 winter in Europe.

“Data from 35 European countries on morbidity, mortality, and mask usage during a six-month period were analyzed and crossed,” continued the study, which encompassed a total of 602 million people.

“The findings presented in this short communication suggest that countries with high levels of mask compliance did not perform better than those with low mask usage in the six-month period that encompassed the second European wave of COVID-19,” Spira summarized.

“The lack of negative correlations between mask usage and COVID-19 cases and deaths suggest that the widespread use of masks at a time when an effective intervention was most needed, i.e., during the strong 2020-2021 autumn-winter peak, was not able to reduce COVID-19 transmission.”

Beyond finding no benefit to mask mandate compliance in curtailing the spread of COVID-19, the paper found a “moderate positive correlation” between the use of masks and COVID-19 deaths.

“Moreover, the moderate positive correlation between mask usage and deaths in Western Europe also suggests that the universal use of masks may have had harmful unintended consequences,” it asserted based on the following figures:

Spira also explains how confounding factors that could have potentially influenced the study – vaccination rates or prior levels of COVID-19 – were irrelevant:

Concerning disparate vaccination rates between countries, he explained “this is unlikely given the fact that at the end of the period analysed in this study (31th March 2021), vaccination rollout was still at its beginning, with only three countries displaying vaccination rates higher than 20%: the UK (48%), Serbia (35%), and Hungary (30%), with all doses counted individually.”

“It could also be claimed that the rise in infection levels prompted mask usage resulting in higher levels of masking in countries with already higher transmission rates. While this assertion is certainly true for some countries, several others with high infection rates, such as France, Germany, Italy, Portugal, and Spain had strict mask mandates in place since the first semester of 2020. In addition, during the six-month period covered by this study, all countries underwent a peak in COVID-19 infections (Figures 1, 2), thus all of them endured similar pressures that might have potentially influenced the level of mask usage,” he added.

The study comes amidst the White House pledging to fight to reinstate to the recently overturned federal mask mandate for travelers. 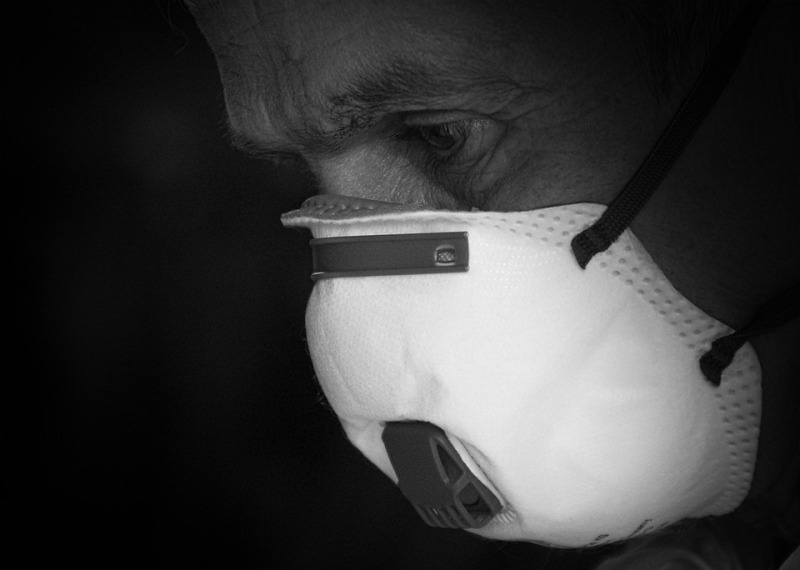