We Caught Them Out on the ICU Numbers, so Now We’re Told That c0vid Is Not Affecting ICU Bed Occupancy. How Coincidental?

We caught them out on the ICU numbers, so now we’re told that covid is not affecting ICU bed occupancy. How coincidental.

The median age of those dying from Covid in Australia is now 83 years old – the same age as the nation’s average life expectancy.

The data comes as St Vincent’s Hospital in Sydney said they have just ‘one or two’ patients in ICU – with top doctors confirming the winter wave is far less severe than those to have previously hit Australia.

‘We certainly don’t have many,’ confirmed a hospital spokesman on Monday.

‘It’s not presenting so much on the very acute side, where patients need ventilation.’

The vast majority of those who have caught Covid are under 50, with 3,121,953 cases so far. Just 293 people under 50 have died of the virus since the pandemic began.

The statistics show that since Australia’s mass vaccination rollout began, those under 50 face a less than one in 10,000 chance of dying from Covid.

‘The median age of all those infected is 31… [but] the median age of those who died is 83,’ the latest federal health department ‘Coronavirus At A Glance’ report states. 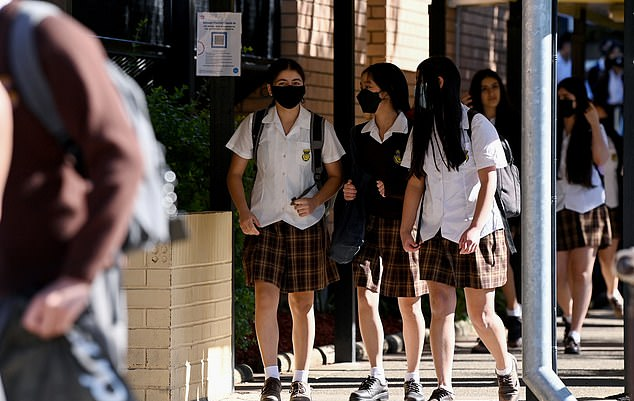 And even if Covid breaks out among elderly frail residents in aged care centres, more than 95 per cent of those infected will survive.

NSW Premier Dom Perrottet admitted on Monday that the current flu wave was now a bigger threat than Covid.

‘As we move through the next phase of the pandemic, we need to balance up the competing health issues.’

The official figures come as pressure grows for a return to compulsory masks ahead of a feared new outbreak of the virulent new Omicron subvariants BA.4 and BA.5.

Doomsday modelling by the Burnet Institute for the NSW government last year said the state’s health system could cope with up to 947 Covid patients in ICU.

But NSW currently has just 64 Covid cases in ICU across the state with only 13 on ventilators, according to NSW Health.

The stats have also destroyed claims that Omicron is super-infectious, with infection rates staying constant all year long.

Australia’s Omicron BA.1 and BA.2 outbreak, which started in January, coincided with the end of most mask mandates and lockdown restrictions. 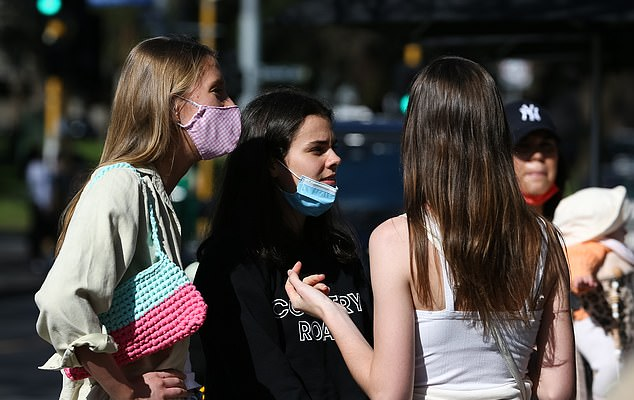 Omicron BA.2’s R0 – the number of people one person can infect without restrictions – is said to be around 13.3.

But the Re – the effective rate of infection – has stayed around 1 or less since the middle of January, after a brief spike to 2.0 for a couple of days after New Year.

The government’s mass double-jab vaccination program, taken up by 95 per cent of the population, has played a huge part in controlling the spread of the virus.

But the subsequent third booster shot program has been less successful , with just a 71 per cent take up, as work now starts on encouraging a fourth jab.

Queensland Premier Annastacia Palaszczuk has urged students and children to mask up in schools, while NSW education minister Sarah Mitchell also flagged the return of masks in class.

NSW schools have suffered a 30 per cent rise in staff shortages through sickness as a result of Covid and flu this year, she said.

‘We are absolutely feeling the pressure…there’s no question of that,’ Ms Mitchell admitted.

NSW and Victorian health ministers have both so far resisted the growing calls for a return to mask mandates, but critics say the looming state elections in October and November are the main reason behind any delay in bringing them back. 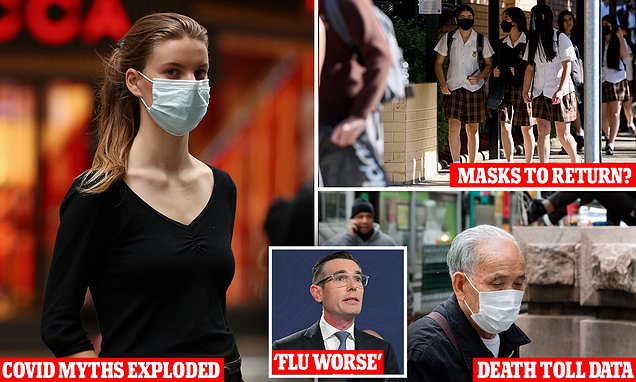