They don’t want you to know the truth that Ivermectin saves lives. They’d rather people die than for the truth to get out.

Last week, Results of a Prospective Observational Study of a Strictly Controlled Population of 88,012 Subjects showed that Regular Use of Ivermectin as Prophylaxis for COVID-19 led to a 92% Reduction in COVID-19 Mortality Rate in a Dose-Response Manner.

First thing this morning, BizNews received notification of a strike on our BizNews TV YouTube channel on account of the ivermectin panel discussion, which was taken down.

The timing appears too odd for coincidence. What may be more realistic is that the World Health Organisation, which is in close ‘cahoots’ with YouTube, is doing a sweep of all pro-ivermectin content. 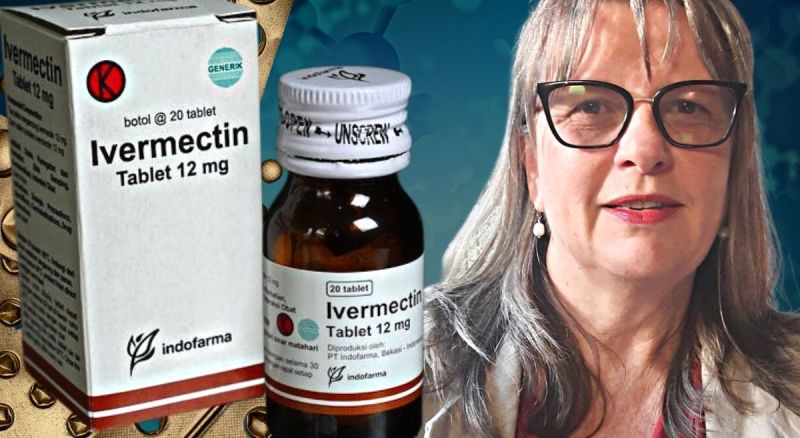 In August 2021, BizNews conducted a panel discussion with Professor Colleen Aldous, Dr Nathi Mdladla and Dr Pinky Ngcakani – all of whom are strongly in favour of ivermectin. The discussion was published on BizNews TV on YouTube and for a year, it managed to evade the YouTube censorship police. Last week, Results of a Prospective Observational Study of a Strictly Controlled Population of 88,012 Subjects showed that Regular Use of Ivermectin as Prophylaxis for COVID-19 led to a 92% Reduction in COVID-19 Mortality Rate in a Dose-Response Manner. First thing this morning, BizNews received notification of a strike on our BizNews TV YouTube channel on account of the ivermectin panel discussion, which was taken down. The timing appears too odd for coincidence. What may be more realistic is that the World Health Organisation, which is in close ‘cahoots’ with YouTube, is doing a sweep of all pro-ivermectin content. We have republished the ivermectin panel discussion on Rumble (see below) together with a new article by Professor Colleen Aldous, which confirms the benefits of ivermectin. – Nadya Swart

Good science cannot be silenced. Recent randomised control trials have tried to silence those who know that Ivermectin has played an essential role in COVID-19 treatment. Our research team, which comprised the clinicians Dr Jacky Stone and Dr Martin Gill at the coal face of the COVID-19 pandemic, mathematicians, a biostatistician and a natural scientist, have just published findings showing why Ivermectin has been effective in some patients.

We examined data from a group of doctors in Zimbabwe who used an Ivermectin-based regimen to treat COVID-19. The data shows that blood oxygenation (SpO2) improves after administering ivermectin. Whereas many studies have looked at outcome measures such as hospitalisation or disease progression, which are often subjectively measured, we looked at SpO2, which is not open to interpretation. Normal SpO2 values are 95-97 %. The US National Institutes of Health uses a value of 93% or lower to define severe COVID-19.

The Zimbabwean story is important to tell so that our data and findings will be seen in context. At the beginning of the pandemic, the situation in Zimbabwe mirrored many across LMICs in terms of limited resources. In February 2020, when the first COVID-19 cases came through, doctors and nurses in the public sector were on strike. Zimbabwe had 17 working ventilators in the public sector and no staff. The private sector primary care doctors were at the coal face. The July 2020 COVID-19 wave overwhelmed them. Patients presented with very low SpO2s, sometimes lower than 30%. People were dying in their cars.

Collegial sharing of treatment experiences started with a WhatsApp group of doctors and nurses created to share ideas and support each other. Everyone contributed to the group. Dr Frank Douie was the first to suggest that vitamin D supplementation and aggressive anticoagulation resulted in better outcomes. They also looked abroad for current practice and became aware of the Wagstaff paper and Professor Borody discussing ending the pandemic by Christmas 2020 with zinc, doxycycline and ivermectin.

Using an Ivermectin-based regimen, Dr Martin Gill from South Africa helped clear a full 22-bed COVID-19 ward, including four critical and one end-stage patient. They lost only the latter patient. All the other 21 patients got better and went home. Dr Gill encouraged Dr Stone to add Ivermectin to their group’s protocol. To quote Dr Stone, “That night (after the discussion with Dr Gill) I wrote my first Ivermectin script, followed by two more. The deaths stopped in six hours. There were three patients in our converted staff room (converted into a makeshift COVID-19 ward) who I did not expect to survive when I left at around midnight. All three were sitting up (on oxygen) and coherent on the morning of the 8th August, 2020.”

The news was shared on the WhatsApp group, and after August 2020, when the ivermectin regimen was in use by others in the group, they had collectively lost only one out of 104 severe patients between them – a diabetic patient in a hyperglycaemic coma who could not get to a hospital for an insulin infusion.

In September and December 2020, the observations of this group of doctors were presented to other primary care doctors in Zimbabwe. The message was clear; Ivermectin-based combination therapy was working as part of sequenced multidrug therapy. Mortality dropped from 35.4% in hospitalised hypoxic patients on no treatment (remember how we were told to do nothing until you are ready for hospital?) to  <1% on early treatment, home nursing and home care.

With the shortage of facilities and equipment, doctors managed patients in their homes with blood oxygen saturations as low as 55%. For example, a nurse managed a patient saturating at under 50% on 10 litres of oxygen a minute overnight on an Ivermectin regimen while waiting for an ambulance. He recovered completely. However, many patients were treated at home without oxygen. It is this group of patients that has provided us with the valuable data we present in the peer-reviewed article.

Patients selected had an SpO2 value on intake of 51–93%, with all SpO2 values recorded and documented to have been obtained on room air (in almost every case because oxygen was not available), and at least one SpO2 value obtained within 48 hours after Ivermectin administration. There were 34 severely ill patients included. Oxygen saturations were tracked using pulse oximeters. These were provided  by the intake nurse, unless the patient already had one that the nurse deemed of reliable quality. The patient or a family member recorded readings regularly.

Below is the series of pulse oximeter readings over 3 hours for a 25 year old male patient treated on room air. They were taken on initiation of treatment, at 45 minutes, 90 minutes and 3 hours.

All but three patients had significantly increased SpO2 values (blood oxygen saturations) within 24 h after the first Ivermectin dose, and for those who like the p-value, our paired t-test had a p < 0.0000001. This is an impressive outcome for this study, and two other studies, independently carried out in Nigeria and the USA(1,2), have shown the same results. One of the tenets of good science is that results can be duplicated; it’s serendipitous for us that this has happened for our study.

Although ours is a small retrospective study, it is a real-world analysis of actual data that must contribute to the totality of evidence to inform evidence-based medicine. Our study employed rigorous analysis methods and should be used to inform future randomised control trials, particularly regarding effective dosages and reliable outcome measures.

This retrospective study was conducted following the Declaration of Helsinki and approved by the Institutional Review Board of The Medical Research Council of Zimbabwe (Protocol Code E293, 23 June 2021). With further respect for the patients, additional informed consent was obtained from all participants whose records were reviewed for the study once ethics approval was granted.