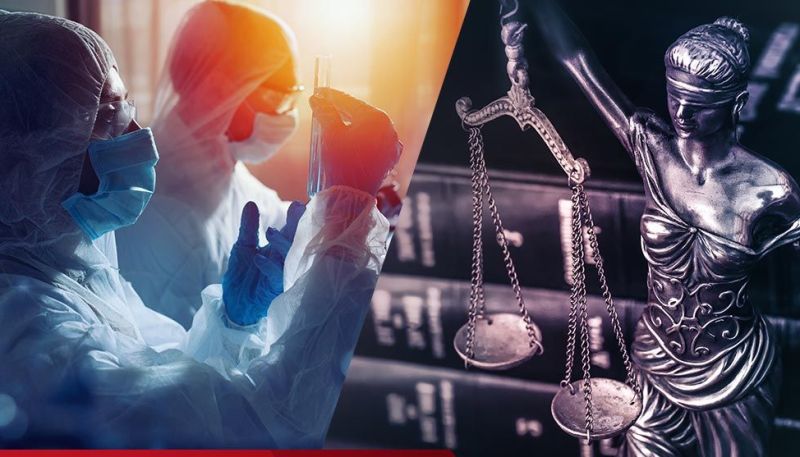 Don Searle
Perhaps the most significant aspect of this lawsuit is that if it goes to trial, the discovery process will have to focus on the facts related to whether the virus actually exists. It is well known in the awake scientific community that there is no real scientific evidence that the Sars Cov2 exists. The defendants most robust defense is actually the elephant in the room: the virus likely was a hoax. Either way the defendants loose…if it exists, they are responsible for massive death, if it is proved not to exist, then they are connected to liability for massive fraud in the support of all the measures that oppressed the public for 2 years.

Big Dad
So many young people are dropping dead these last months. Just read about a young MMA fighter woman in her early 30’s just a few days ago. Soccer players, Football players, Track runners and average people are dropping dead every day and most just shrug their shoulders and carry on. It needs to come out OPEN STAGE, and these Rats Hung in the streets for their crimes against humanity

Wayne
Hope the demon Fraudi Fauci has been included as well in the lawsuit.

Leland Jossy
Attorney Thomas Rentz is the founding attorney for MAFA. Mike, please have a conversation with our heroic founder Dr. Pam Popper so that everybody can learn about makeamericansfreeagain.com And the fact that we are a group of citizens funding these lawsuits on our own. Please join MAFA and let’s get tens of millions of people together under the same umbrella instead of running around with our pants on fire.

Dawnie Rotten
RE: Robots & Drones
EVERYONE NEEDS to look into how to ‘disable’ these things!! SHOOTING them may not be an option; besides….one needs to RATION ones ammo. The more of us who KNOW how to TAKE OUT these robots…..the better off we’ll ALL be. To the Techie people out there…..Is there a way to make homemade ‘mini EMPs’????

Shermanisland
People who only take what is prescribed to them are completely out of it.
Their drug pushing doctors belong in prison.

Rob Watkins
Maybe they bought all those doses of that radiation drug simply to keep it out of the hands of the general public.

Daniel Swatske
I cannot see how any lawsuits are going to stop what’s coming from the New World Order they are not going to stop they have killed too many people they have nothing to lose remember the son of Satan Klaus Schwab said you will own nothing and be happy and they mean it.

c dento
WHY THEY DID IT? Turning healthy people into junk science cash cows bring in Socialialism and absolute power. World War III started with Trump’s WARP speed and the clot shot. Ukraine war was used to cover up the clot shot deaths. Do you expect Genocide Journalism to tell you the truth? If you do get close to exposing the truth to the sheep, Genocide Joe will start firing off the Nukes. The old Biden is gone the demons have taken over. CDC logic: All the vax deaths are the cost of shooting 100’s of millions saving their life (NOT!), WHICH IS CORRUPT SCIENCE CRAP!

LetsBoGrandon
How ya gonna sue someone over a virus that no one can prove exists? It’s never even been isolated… therefor, DOES NOT EXIST until it is. Period. They may be at fault some other way but not for releasing imaginary diseases. They’re about to ramp c19 back up and they need this first. If people are allowed to sue, it gives the “virus” credibility again and can once again be determined to be “deadly”. It’s a farce