Dr. Philippe Van Welbergen, one of the original experts to find damage from the blood due to the Wuhan coronavirus (COVID-19) vaccines, found that unvaccinated individuals have graphene and self-assembling nanoparticles in their blood – a manifestation of shedding from those who took the shots.

Van Welbergen is a specialist in biomedicine who deals with chronic cases. He has postgrad work in women’s health in pharmacology, bio-pharmacology, advanced pain management and aesthetic medicine, which is why he was able to detect developments of patients that were seemingly out of character or did not make sense in terms of the patients’ diagnostic history.

“One of the tests that we run routinely as a diagnostic support tool is red blood cell morphology – it means that certain conditions can change the shape of a perfectly good red blood cell from a lovely little donut with a dimple to very strange shapes,” he explained during a recent appearance on the “Dr. Jane Ruby Show.”

The host, Dr. Jane Ruby, pointed out that there are two main ways the injections – whatever is in them – can be transferred to another person who is not vaccinated. This could be through inhalation or skin-to-skin contact.

Van Welberger said that in looking at the pure blood smears, which he took straight from an individual to the microscope, he noticed that the unstained blood “started picking up unusual, tiny structures” that he has never seen before.

He then presented data showing that red blood cells – which are usually round and doughnut-shaped – have been damaged by the spike protein. Those cells have become quadrangles or octagon-shaped instead of round. They have become messed up due to the spike protein damage and cannot be restored.

“You can’t repair red blood cells,” Van Welverger explained. “So these things are basically lost to us.”

Moreover, because these cells have lost their shape, they cannot move through the macro circulatory system. Instead, they just bunch together and block things.

The unvaccinated somehow ended up full of graphene and self-assembling nanoparticles in their blood, which is the manifestation of shedding of those who took the vaccines themselves. This is often seen in unvaccinated children with vaccinated parents.

Children who had been infected with graphene oxide in their bodies, have seen different effects, although gastrointestinal complaints are the most common. This is because the cells are associated with ulcers, bleeding and even some forms of cancer.

Taking a sample from a three-year-old, Van Welbergen showed that the child’s blood showed the presence of sloughed graphene fragments in blood samples, which he said were likely to have been passed down.

Another sample, from an eight-year-old unvaccinated child, had his right arm and upper right leg basically paralyzed, with his thigh unable to move normally. Van Welbergen said this means the child has experienced graphene transmission and infection.

Van Welbergen is not the only one who saw the negative effects of graphene oxide in vaccines on human red blood cells.

Dr. Bärbel Ghitalla and his colleague Axel Bolland, along with two lawyers Holger Fischer and Elmar Becker, found graphene oxide in their bodies after they had been injected with Johnson & Johnson’s COVID-19 vaccine.

British microbiologist Dr. Sicharit Bhakdi also said that if parents allow their children to be vaccinated against the COVID-19 virus, it means that they are willing to have their children killed. 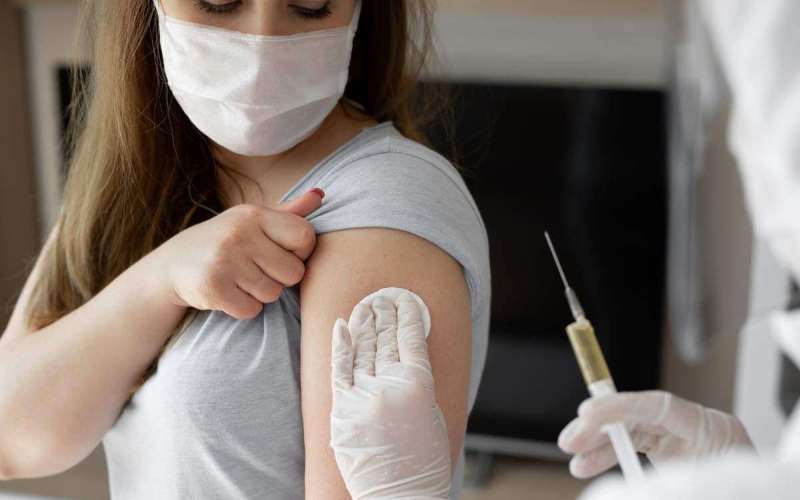