Woman Who Underwent Youth Gender Transition: ‘I Lost My Voice, I Lost My Chest, I Don’t Know If I’m Going To Be Able To Have Kids’

“I just took the cure that was handed to me…I was told that I was being given a cure and that I wouldn’t want to kill myself anymore – and it wasn’t true.”

Prisha Mosley is a 24-year-old woman out of Big Rapids, Michigan, who fell victim to being swept up into the radical transgender ideology when she was only 15 years old. Harboring a diagnosis of borderline personality disorder (BPD), Mosley was guided by medical professionals who seemingly ignored the symptoms associated with BPD and was instead put on a path consisting of hormones and surgery that she now immensely regrets.

In an emotional testimony Mosley uploaded online earlier in October, she tells the camera, “I ruined my life,” shortly before providing the context behind that statement with, “I decided that I didn’t want to be a woman before I had ever even experienced what being a woman was like – because I was a child.”

Mosley made mention of how she feels there is an almost predatory element among the trans-ideology advocates, namely the specific targeting of youths, saying, “I want to say that I really feel like some people in the trans community and the transmedicalists and the doctors really…target the most vulnerable of us.”

The now-24year-old woman asserts that due to her past diagnosis and existing symptoms of BPD, something she made her doctors aware of before she underwent any hormonal treatments or surgeries, medical professionals led her to believe that she was transgender instead of her enduring the harsh symptoms of BPD.

“I have a borderline personality disorder, and I know for a fact that this is the reason for my transition… it’s a very difficult mental illness, and one of the core features is not having any sense of self or identity, and my doctors knew this. I told them – even though they didn’t ask – that I had been diagnosed with BPD, and it was all fine to them: I wasn’t happy as a girl, so that meant I was a boy, and I was trans.”

Being a young, impressionable girl, Mosley trusted the touted “cure” being showcased by medical professionals who proclaimed that all her troubles would disappear by assuming the identity of a boy – but she later learned what was offered was no cure, by any means.

“I just took the cure that was handed to me…I was told that I was being given a cure and that I wouldn’t want to kill myself anymore – and it wasn’t true.”

As stated in her confessional video, Mosley hopes that no other child is frivolously led down this path – especially those who struggle with conditions similar to hers that can obfuscate one’s perception of self-image.

“There are so many mental health disorders that make you hate your body, and the solution isn’t to change your body: it’s to fix your brain.”

With tears in her eyes, Mosley shared the realities of her plight that oft get overlooked by the advocates of these experimental and life-altering treatments being administered to children.

“I just don’t want anyone else to ever feel this way. I lost my voice, I lost my chest, I don’t even know if I’m going to be able to have kids…I feel like no one wants to date me or love me because I’m ruined.”

On October 3rd, we at Red Voice Media had an opportunity to speak with Mosley, where she afforded more insight into how every adult and medical professional she was surrounded and consulted by failed her when she was just a teen.

“Hormones started at 15. I was on depo and testosterone. I stopped around the age of 21. I knew that a double mastectomy was on the table right away. It was something I was told I had to work towards. I had to bind in healthy ways – there is no healthy way – and eat food – I had anorexia – and save money, and the doctors would award me with breast removal. I was 15 at the earliest time [breast removal surgery] was brought up. Bottom surgery was even brought up at that age when I was seeing the woman who gave me my ‘letter of recommendation’ for the very first time.”

Mosley added that she felt her “eating disorder was definitely taken advantage of” when she was steered toward transgenderism, stating, “I had expressed to my doctors that I was not comfortable having my period because I thought that it meant that I was fat, and they were more than happy to give me testosterone for that.”

By the time Mosley was 17, she was put under the knife for a double mastectomy, leaving the young woman completely without her breasts. Being older now, Mosley can recognize both the naivety of her adolescence in tandem with the horrendous direction she was taken down by medical professionals who exploited her youthful search for solace.

As Mosley looks back at that point in her life, she said there “were so many red flags” that medical professionals should’ve picked up on but seemingly “refused to look, listen or hear.”

“I also was self-harming very badly. At that point, I was frequently going to the hospital to get stitches as well. I don’t know why they thought the right solution was to give me more scars and cut into me even more.”

Looking back at her experience, Mosley says something needs to be done legislatively to address the wildly under-regulated medical field of childhood gender transitioning.

“I don’t think children should be able to medically transition at all. But I think that even on adults they are basically just conducting experiments. The science and the technology just are not there, and the industry makes promises that just aren’t real. I believe that the answer is stricter laws and more regulation. I also think that more funding should go into therapies for young people that aren’t gender ideology affiliated. [Dialectical behavior] therapy is helping me.”

It’s not as though Mosley is unsympathetic to those enduring any form of a gender identity crisis, as she believes “a small percentage” of individuals who identify as transgender are being “genuine” in their assertions. However, Mosley emphasized that a “small percentage” is consisting of individuals who endured “an adverse adult experience to being a man or a woman, not an adverse childhood.”

But even with respect to adults who earnestly proclaim to be transgender, Mosley believes they’re getting hustled into buying the same snake oil currently being peddled to youths, saying, “these people are being sold a lie, too. They’re being told that they can completely change their sex, and they just can’t.” 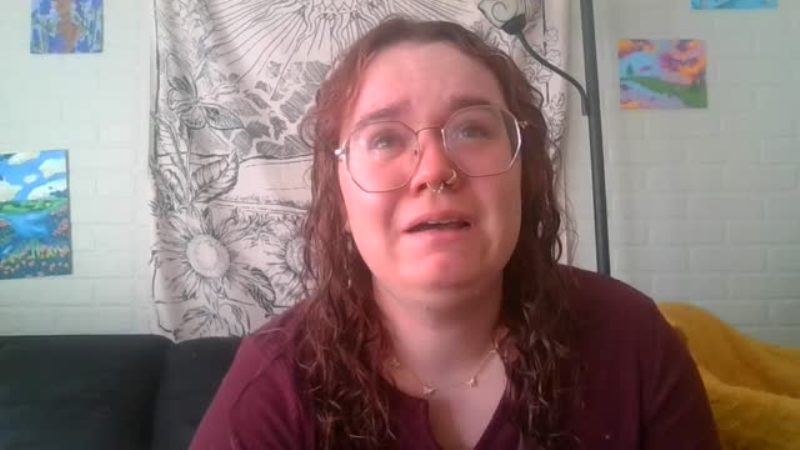 PrevPreviousThe Canadian Data is Alarming – Pandemic of the Vaccinated
NextSafe and Effective: A Second Opinion (2022)Next
Scroll to Top