“The numbers that resulted from our analysis are very far away from the publicly announced numbers. It would be unethical not to talk about it” — BKK board member Andreas Schöfbeck. 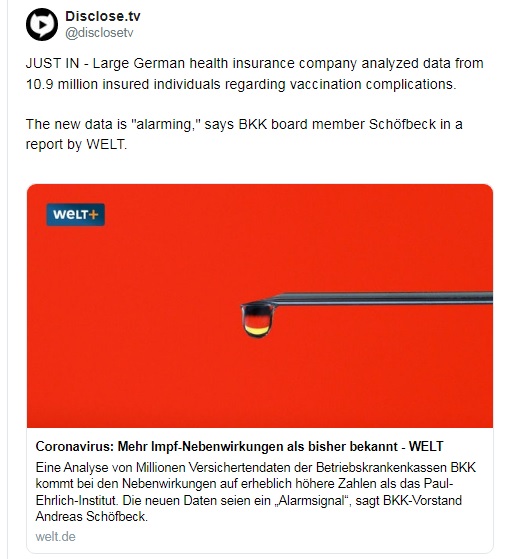 They posted this on their telegram channel: 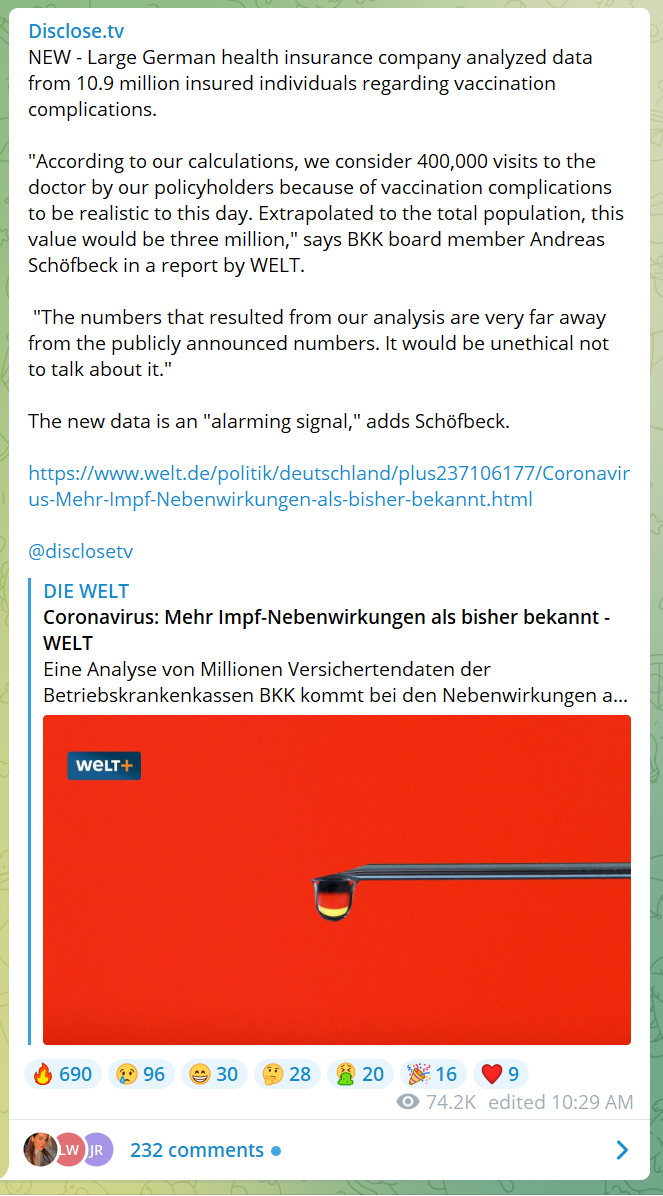 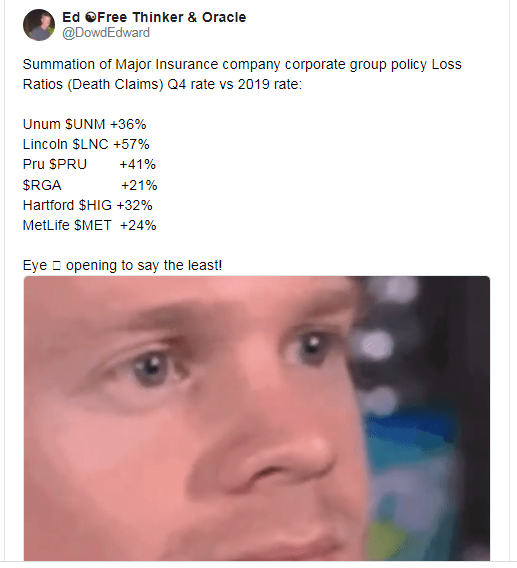 By the end of 2021, the Paul Ehrlich Institute (PEI) had recorded around 245,000 vaccination side effects. But the actual number of these side effects is likely to be many times higher. At least that is what the results of an analysis by the health insurance company BBK ProVita suggest, as reported by Die Welt. One had become “clairaudient”, when ever more occurring diagnoses suggested a vaccination side effect. Therefore, the databases of all BBK health insurance companies were searched. The data collection paints a completely different picture than the figures from the Ministry of Health.

From January to August 2021, for example, around 217,000 of just under 11 million BBK policyholders had to be treated for vaccination side effects – while the Paul Ehrlich Institute keeps only 244,576 side effect reports based on 61.4 million vaccinated. “According to our calculations, we consider 400,000 doctor visits by our insureds due to vaccination complications to date to be realistic,” Andreas Schöfbeck, BKK board member, told Die Welt. “Extrapolated to the total population, this figure would be three million.” Thus, the number of vaccine side effects would be more than 1,000 percent higher than the PEI reports.

Schöfbeck cites the reporting system as the main explanation for the massive discrepancy. Physicians often have to report vaccination side effects in their spare time – a time-consuming activity that then goes unpaid. “It is simply impossible to report everything.”

With his analysis, Schöfbeck turned to a wide range of institutions – from the German Medical Association and the StiKo to the Paul Ehrlich Institute itself. He said the figures were a “strong alarm signal” that “absolutely must be taken into account in the further use of vaccines.”

His figures could be validated by the same data analyses of other health insurance companies, he says. It is “ethically wrong not to talk about it.”

Since “danger to human life cannot be ruled out,” he set a deadline of 6 p.m. Tuesday to respond to his letter. As this passed, they turned to the public.

This article will be updated when I learn more.

Basically, more wheels are coming off the bus.

VAERS is underreported. Insurance company claims on death benefits, not so much.

The simple solution: charge a premium on people who are vaccinated. The more doses you get the higher your rates.

Someone is lying to you about the safety of the COVID vaccines, and I don’t think it is the insurance companies. There is more than a 10X discrepancy in Germany between what people are being told and reality. 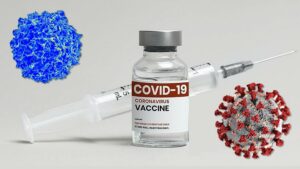