We’ll speak with Brian Brase, a Trucker out of Ohio who is a leader in one of the groups coordinating the Convoy to DC.

Working in a completely different field, we’re joined tonight by two doctors on the frontline of Omicron.  Both men ground their practices in humane medicine at the local level.  Not one size fits all mandates from Washington DC. 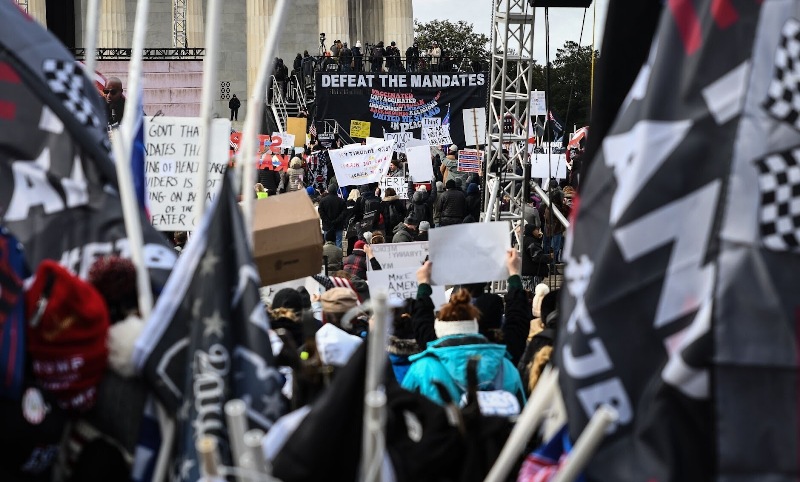 Dr. John Witcher has practiced family medicine in the small rural towns of Mississippi for 25 years.  When COVID hit, Dr. Witcher recognized that the standard federal protocol for treatment wasn’t working.  Because he deviated from this, he was terminated immediately. Which left him without a practice to continue treating the thousands of rural Mississippians who relied on him as their family physician.  Determined to carry on with his vital work, he partnered with Dr. Ben Marble and MyFreeDoctor.com and has expanded his reach despite the best efforts of the Corporate Medical Establishment to crush his practice. Dr. Witcher also founded Mississippi Against the Mandates to fight state segregation based on vaccine status.

Joining him will be another family practitioner, Doctor Doug Hulstedt, a Pediatric Specialist for 39 years in Monterey, California.  Doctor Hulstedt has very recently  been targeted by his state board for his writing vaccine medical exemptions based on his extensive experience, diagnostic skills & the doctor-patient relationship.  Apparently though, these are not enough for the State of California.

It is so hard for scientists to speak the truth nowadays without getting smeared. Don’t miss this article where Robert Malone responds to the attempt by the Daily Mail to smear him.

Malone starts off saying that DM hit piece was written by a freelance journalist with apparently no formal medical or scientific training, and no prior track record of reporting on scientific or medical issues.

Jimmy Dore, Tim Canova, and I chat about the Combating the “Lock Down Left”

Many people enjoyed this video I made earlier today. Start watching at 5:30. Nothing really new was revealed that you don’t already know (if you’ve read everything I’ve written). In short, these people at the HHS agencies are wrong and corrupt. And they will never allow themselves to be held accountable.

By the way, on my earlier Substack article inviting people to debunk us, I’ve received 4 responses so far: one was a computer science professor, one had no credentials, another was an author, the fourth was a journalist. Only the journalist had followers (around 1,000).