Today I am making a formal request to MIT’s Dean of Science Nergis Mavalvala to either:

The Dean of Science at MIT has a social responsibility to be an advocate for science globally and especially in the US. When mandates that affect the lives of American people are made that are not based on science, academic science deans should speak out and proclaim, “These policies are not based on sound science and we as scientists do not support them.” We don’t hear that. We hear nothing.

At a bare minimum, if there is clear disagreement as to what the science actually says about a science issue of great importance to all Americans, all of our country’s scientific leaders, including the science deans of all our top universities, should be collectively calling for PUBLIC OPEN SCIENTIFIC DISCUSSION between the most qualified parties on each side of the issue in the hopes that the differences can be resolved or, at a minimum, these differences can be highlighted to the public.

In particular, the public should be encouraged to hear both sides of the narrative, not just one side. It’s even worse when the voice of the other side is being unethically suppressed. That is not what science teaches us.

Finally, and most importantly, your refusal to be open to hearing any scientific evidence at all that challenges your beliefs and those of MIT on such important issues is inexcusable.

“All these things that are showing up in VAERS are striking,” Seneff said. “Overwhelmingly, the events that show neurological issues are following COVID-19 vaccines. I honestly don’t know why people aren’t absolutely shocked by these numbers. Compared to the other vaccines, these vaccines seem tremendously dangerous.”

MIT Professor Retsef Levi is a professor of management and he understands the data very clearly and realizes the vaccines are dangerous.

She cannot make the excuse that the issue is not important

The data shows that well over 100,000 Americans have been killed by these vaccines. MIT mandates them for the MIT community. Are they mandating people be required to get a medical treatment that is more likely to kill them than to save them? Are they mandating a medical intervention that is more likely than not to increase their susceptibility to the virus (and to other viruses)?

These are important questions to answer and if MIT continues to refuse to listen to any of the data they won’t be able to intelligently answer these questions.

Just to make sure I’ve covered all possible excuses, let me address the excuse that “scientists should stick to science.”

If that were true, then who is supposed to speak out for both science and scientists when they are both attacked as I noted in point #3 above?

And if real scientists are not supposed to opine on public policy, then are you saying UCSF Professor Vinay Prasad is not a scientist? Why are you not calling him out?

In fact, nobody in the scientific community is calling out Vinay Prasad for having the courage to be truthful about what the science says and how public policy has gone off the rails.

Watch this recent video Vinay did on the Finland mask study. He explains what science says and how public policy ignores the science. He is one of the very few “mainstream” scientists who is courageous enough to speak the truth about what is really going on.

When the CDC does sloppy science, Vinay is there to call it out. But nobody else in the academic community does! The others remain silent so as not to jeopardize their NIH funding.

Dean Mavalvala, just because your peers are shirking their responsibilities is not an excuse for you to do the same.

Also, note that I have issues with Vinay’s views on other COVID-related issues (read this), but in general, he’s way better than any of his peers. I’d love to have a conversation with him and see if I can change his mind on the issues we disagree on (or vice-versa). I’ve tried, but he’s ignored me.

Are you exemplifying the MIT values?

It is especially important that anyone in a leadership position at MIT should act in a manner consistent with the values of MIT which include:

Dean Mavalvala, please make a decision: Either step up or step down.

If you choose to step down (i.e., “take the blue pill”), you’ll have a nice safe career in academia.

Which outcome do you want?

She really should check out this substack article. 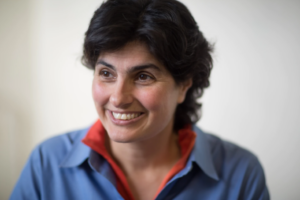