My Interview With Dr. Byram Bridle

I first met Dr. Byram Bridle on the CCCA call on May 26, 2021. He was on the call talking about a biodistribution report he got under FOIA from the Japanese government that showed that the vaccines weren’t staying in people’s arms, but creating spike protein all over people’s bodies. At the time I remember interrupting him to say, “what you are saying is critically important.”

We’ve been friends ever since.

This was a critical call for me personally. Prior to the call I had heard of a disproportionate number of my friends being vaccine injured. But I didn’t have a mechanism of action. The CCCA call was the missing piece for me.

After the CCCA call, I filled in Robert Malone (who I already knew) about what Byram said. Malone immediately recognized the significance of the study, and this led to Malone and I being on the famous Darkhorse Podcast interview with Dr. Bret Weinstein which was filmed on June 10, 2021 where we talked about Byram’s data. You can see a condensed version here and read about Dr. Bridle’s role in all this. The full version has been censored from YouTube multiple times (others tried reposting), but is available on Rumble here. It’s super long.

Byram is a fantastic person and a stellar scientist. Right after he got the data, he wrote up a long report as to what it meant (with tons of scientific references) and started getting the word out. He was quickly attacked by other faculty members at University of Guelph who signed a joint letter condemning his beliefs. None of the signatories read his report. They even admitted it. He was wrong because his views didn’t comport with what people were told to do.

Byram has talked many times with Dr. Robert Malone who told Byram that if he were to ever start a company to work on safe mRNA vaccines, his first call would be to Byram. It doesn’t get any better than that!

Key points covered in the interview

In this wide ranging interview, which lasted over 2 hours, we cover the following topics:

How did the debate challenging the Canadian health officials go? (A: “They didn’t show up.”)

What does the science say about the vaccines? (A: “At best they don’t work.”)

Are these reports about blood impacts after vaccination true? (A: “Likely, but what is more troubling is there are no studies showing they aren’t true.”) What did you own studies find? (A: “I wasn’t allowed to do the studies. My proposal was ignored.”)

What’s really going on in Canada? How many people support the truckers? Is the mainstream media telling people what is really happening? (A: “The truckers are staging a peaceful protest that the media is distorting. They have the support of around 50% of Canadians. It’s tearing the country apart. There are fewer people in the middle now. People are picking sides.”)

Can you get arrested and put in jail? Could I? (A: “Yes. Trudeau has dictatorial powers now due to the emergency. He can do anything he wants. Not sure if you will ever see a judge or jury. Probably you’ll be just put in jail. Better pack your toothbrush. Truckers and their supporters are being threatened with $100K fines, one year in jail, permanent revocation of your license to be a truck driver, and confiscation of your personal assets (like everything in your bank account).”).

Main conclusion: Act now, do not just sit on the sidelines

His key point is that NOW is the time for Canadians to take action get involved. Travel to Ottawa. Sitting at home watching the action from the sidelines will not help. If Canadians don’t protest now, we could see a completely different Canada emerge, one run by a dictator where human rights are trampled upon using the excuse that “it’s for the greater good.” 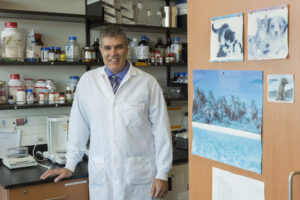 PrevPreviousJulieta Raquel Dumón: Argentina, 85-Years-Old, Woman Died Two Days After Experimental Viral Vector Shot
NextIgnorance Is Deadly – How Long Before Mass Global Panic Kicks In, Once the Masses Figure Out the C0VID Vaxxines Are Lethal Injections That Will Kill and Injure on Mass?Next
Scroll to Top